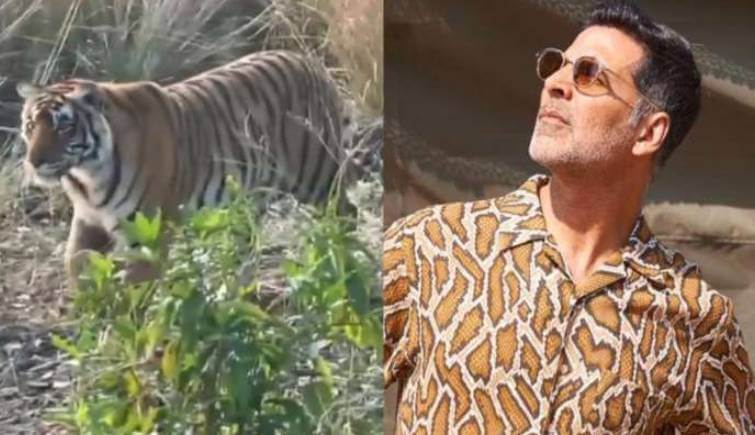 A very heartwarming video of Bollywood actor Akshay Kumar and his daughter Nitara in which they were seen feeding the cow at Ranthambore National Park has been going viral over the internet. The father and daughter duo were spotted at Ranthambore National Park in Rajasthan. They spent a wonderful time at the tiger reserve. In the video Akshay was seen feeding the cow and he was urging his daughter Nitara to feed the animal too. Scared, Nitara who was holding Akshay was seen stepping away from the animal. The song, Mere Yaara from Akshay’s film played in the background of the video. 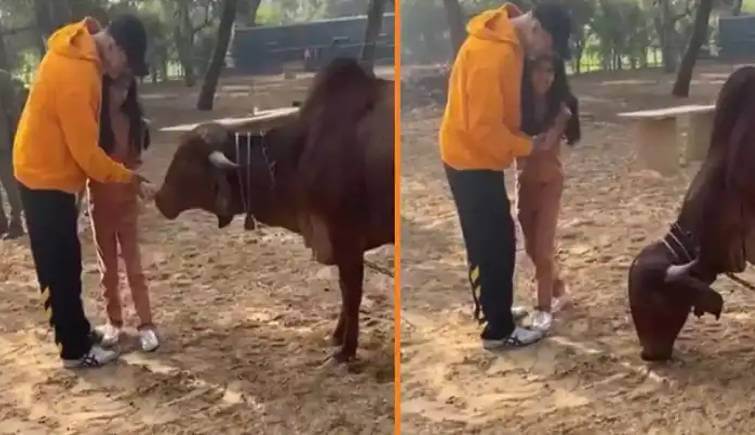 Akshay captioned the video beautifully "Mitti ki khushboo, gaay ko chaara dena, pedon ki thandi hawayein…ek alag hi khushi hai apne bachche ko yeh sab mehsoos karne mein. Ab bas kal use jangal mein tiger bhi dikh jaye to sone pe suhaaga (The smell of the soil, feeding the cows, the cool breeze of the trees…there is a different joy in making your child feel all this. Now if she sees a tiger in the forest tomorrow, then it will be the icing on the cake)! Visiting the beautiful Ranthambore National Park. Thank God every day for incredible places like this."


It seems that their Ranthambore wildlife vacation turned out to be the most memorable vacation of the year.