Read interesting stories of some of the famous tigers of Ranthambore Tiger Reserve. 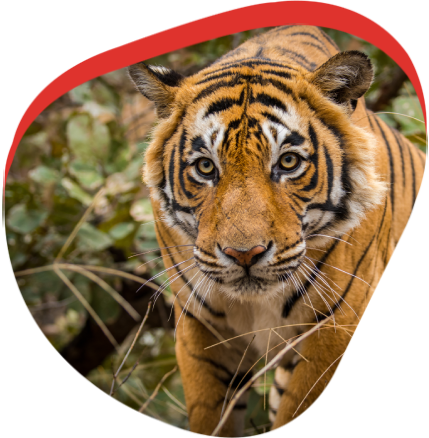 The land of legends, Ranthambore National Park (established in 1980), boasts the presence of a large number of Royal Bengal Tigers. This is where you get to see the majestic tiger, with its black vertical stripes and muscular body in action. At one point in time, what is known as Ranthambore today served as the private hunting ground for the kings of Jaipur.

In Ranthambore, almost every tiger has a special reputation and legend that precedes their lineages. Interestingly, every tiger-lover thronging to Ranthambore National Park has a happy tiger story to take home.

Machali, aka T-16, will always be remembered as perhaps the most famous tigress in Ranthambore, who loved to pose for the tourists and observers. Her soaring popularity among tourists & wildlife enthusiasts saw her featured in a movie, “The World’s Most Famous Tiger”, which even won a National Award. She even found a mention in the book, “Three Ways to Disappear”, by Katy Yocom. Unfortunately, Tigress Machali, the most photographed tigress in the world, died on 18th August, 2016. She was 20 years old.

Sundari, also known as T-17, the daughter of Machali, was another famous tigress of Ranthambore National Park. However, she passed away in October 2006. Her daughter, the Tigress T-73, gave birth to 3 cubs in 2019. Born in 2012, she is known for her shy nature & is mostly spotted in an area of the park known as Kachida Valley.

Similarly, the tourists are equally attracted to the yearning lover called Romeo (T-6), who tries hard to catch the attention of her younger companion, Laila, (T-41) who in turn, attracts her regular mates and flirts with others; that really sounds interesting.

Laila, the tigress known as T-41, charms tourists with her dalliance with T-6, famously known as Romeo. Laila can mostly be spotted in Zones 4 & 5, and is identified by the diamond symbol in her body.

The names of the Royal Bengal Tigers in Ranthambore are as interesting and diverse as their stories. One of them, T-25, known as Dollar, was named so because of a dollar like symbol on his stomach. He was also called Zalim (cruel) because he wasn’t particularly fond of humans and was known to chase vehicles carrying tourists. Despite his nickname and stories about his terror, he surprised everybody by rearing 2 orphaned tiger cubs. He died in January 2020, reportedly because of territorial fighting, according to wildlife officials.

There are many more such stories and life histories of the Royal Bengal Tigers which will fascinate, delight and leave you surprised in equal measure.

People Were Horrified by the Roar of Tigress Sulta