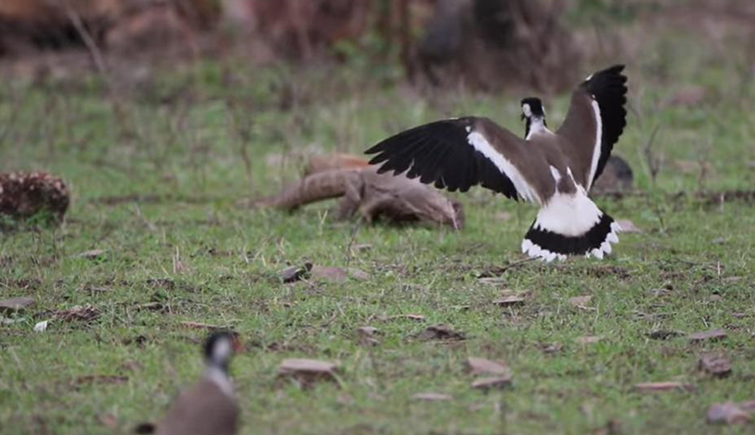 In yet another battle between David vs Goliath, David emerged the winner. An incredible video shot by famous photographer Shadhanka Nanda at Ranthambore National Park in Rajasthan captured the fight between red wattled lapwings and a Bengal monitor lizard. The video also demonstrates to what lengths a mother would go to protect her young ones.

In the video, a Bengal Monitor lizard, quite bulky and intimidating in appearance, advances towards a clutch of eggs laid by the red wattled lapwing. Initially, the gracious bird retreats hastily, obviously threatened by its bigger and powerful opponent. Then, it gives an alarm call. Upon hearing it, another lapwing arrives at the spot to assess the situation, and having done so, goes back to call for more help.

It is not long before other lapwings join the fight, some advancing towards him and others dive bombing him. Baffled and unnerved by this unexpected show of resistance, the Bengal Monitor Lizard makes a dash for it. He has had enough for the day!

Sure enough, the video garnered a lot of reactions from Facebook users when Nanda shared it on "Indian Birds Facebook Page". One of them said that it was “just great to witness” while another, applauding the timing of the video, said that it was a “superb capture of natural history”. 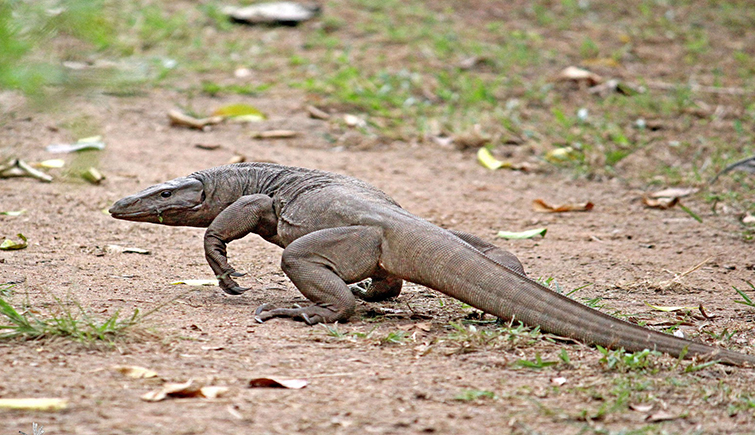 Bengal Monitor Lizards are intimidating in appearance, and are spread across much of South Asia. Their geographic range extends as far as Iran, China, North and South Vietnam, Laos and islands in the Strait of Malacca. Male Bengal monitor lizards are known to weight around 10.2 kg, almost 42% more than females.

The Bengal Monitor Lizard is known to be strictly carnivorous, and will consume anything within their reach. Some of their common prey are insects, smaller reptiles, small mammals, eggs and annelids. They are even known to consume eggs, hatchlings and, on some occasions, adults. Despite being large predators though, they themselves are preyed upon by larger animals including mongooses, pythons, wild dogs and feral cats. 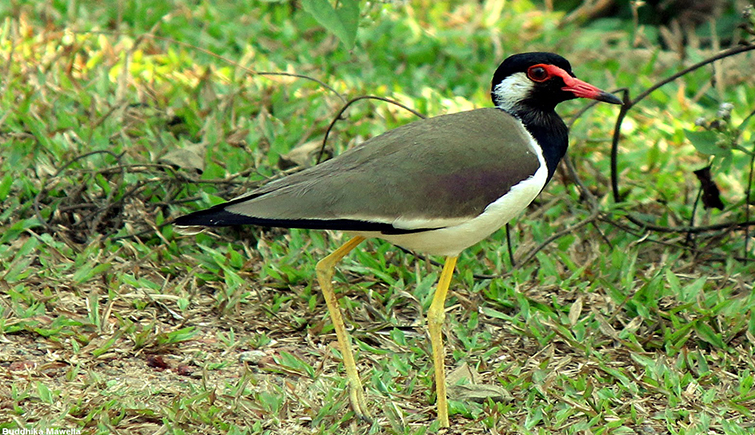 The red wattled lapwing is found in India as well as in other countries of South Asia. They are also found in various countries of Southeast Asia, including Myanmar, Thailand, Laos, Cambodia, Vietnam, Malaysia and Indonesia. Other places where their presence has been observed include Kuwait, Saudi Arabia, Oman, Qatar, Syria, Iraq, Turkey and Turkmenistan. It is a large bird, measuring upto 30-35 cm in length and weighing 110-230 grams.

The red wattled lapwing mostly feeds on insects, beetles, anits, termites, crickets, butterflies, insect larvae, insect imagoes and worms. Other components of their diet are grains, seeds and plant matter. They are known to use their strong legs to scratch the ground in order to extract the prey inside. 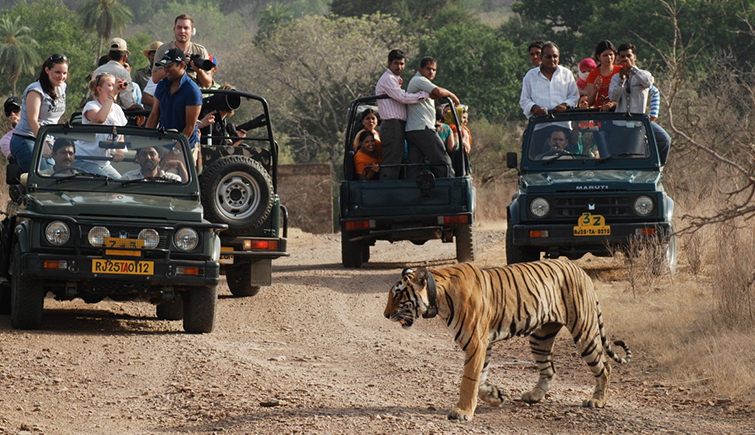 Although the tiger is the main attraction inside the park, other attractions include jackal, fox, hyena, mongoose, caracal and sloth. Observe carefully, and you will spot the chital, blue bull antelope and langur wandering around the rich vegetation comprising of banyan, fig and dhok trees. It is also home to an amazing variety of birds, with a total of 272 species having been documented. There are various places inside the park which are great for spotting avifauna, and these are Ranthambore Fort, Padam Talo, Jhalra area and Rajbagh Talao.

There also stands the Ranthambore Fort dating back to the 10th century, along with other abandoned settlements, ruins and cenotaphs, all of which take on a mysterious aura in this setting. A Ranthambore National Park safari tour is exciting in all respects, and thrills you to the core.