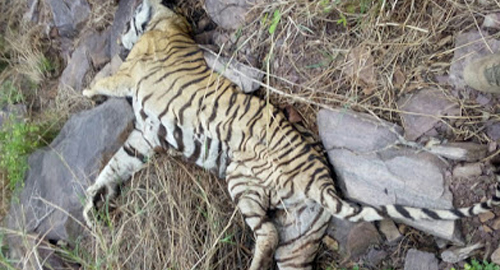 There is sad news for the supporters of wildlife as on Saturday (25th June 2016) in wee hours, an 11-year-old tigress, also known as T 11, was found dead in the Ranthambore National Park. According to the forest officials, it appears to be a natural death as no body part is missing. A board of three doctors has been constituted for the postmortem, which will take place in the presence of representatives from the district administration, police, local NGOs and others as per the protocol.

Y. K. Sahu, field director, Ranthambhore Tiger Reserve disclosed to media that the tigress body was found by the forest guard in Naipur, which is a remote area and is hardly visited by tourists. It's a commendable effort by the staff on tracking as the body was just a day or two old and had not been eaten by maggots. The carcass was sent for postmortem; adding that there are no injury marks and also primary evidence does not suggest poisoning.

T-11 was the daughter of T 9 and had given birth to seven cubs. Spread over 392 sq km, Ranthambhore National Park is home to 60 big cats that includes adults and cubs as of now.

We pray for her soul rest in peace....