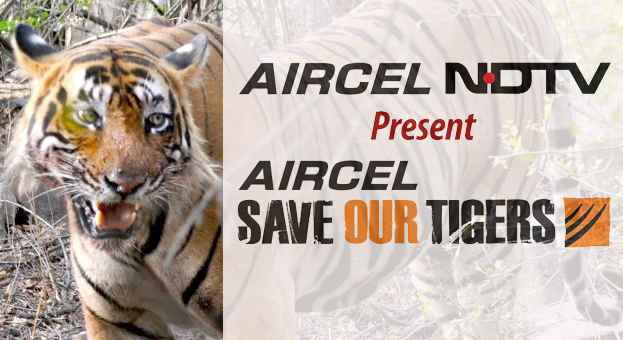 It took 6 years and 3 seasons for Aircel and NDTV to bring to the notice of Indian citizens the plight of our National Animal. Thanks to this noble initiative that inspired people all across the country to rally and voice against the dark future of Royal Bengal Tiger. According to National Tiger Conservation Authority, the numbers of tigers have gone significantly up from 1411 in 2008 to 1706 in 2010, however unfortunately their species still poses a threat of extinction. Now, the choice is ours; whether we want to bask in luxury and let our National Pride elope in the pages of wildlife history or stand up and do something about it.

Saving Tigers: Our Duty and Responsibility

Most of us could recall the tag line initiated by Aircel in 2008 quoting “Just 1411 left, Save Our Tigers”, yes many of us were moved but few actually went out and did something for it. Tiger Poaching resulted from the inefficient security in the forests and many other reasons that dwell in the core of administration have deteriorated the tiger count in the country, sad it may sound but it is rather shameful. Look how we treasure everything that we personally own and what special care we provide to it, security of all are belongings is undoubtedly our priority but see what we have done to our National Identity! Reasons may be many and number of excuses that one can make of being irresponsible can pave a road to the moon. However, it is time that we gather ourselves and do our bit to save Tigers and other endangered species in the country.

They say ‘Many a little makes a mickle’… With each of our small contributions a big cause can have its way; tiger conservation is only possible if each of us plays our part right AND all you have to do is to participate, support, raise voice and stay alert! There are plenty of save tiger projects in India and campaigns similar to NDTV and Aircel’s Signature Drive that often impart ideas of how to save tiger population in India; these initiatives can help you choose your mode of supporting this great cause along with offering you a completely different perspective towards Indian wildlife.

Signature Drive 2014: Save the National Pride

This year the NDTV and Aircel initiative have stretched out its wings in order to seek more contribution from the general mass. Asking them to take up responsibility to Save the National Pride by supporting their new venture called Signature Drive 2014. The ‘Drive’ aims to gather 1 million signatures for some crucial Tiger Agenda 2014, which has 6 chief demands like involving Local Communities in Conservation; strengthening and modernizing the forest department to strengthen protection of Tigers; improving Man-Animal conflict mitigation measures; increasing protection of buffer zones and corridors; zero tolerance approach to poaching and to make political parties liable for loss of bio-diversity.  Once the desired target for the signatures has been attained, it shall then be taken to Chief Ministers of all the tiger states.  Sanctuary Asia and Wildlife Conservation Trust are also supporting the cause and have emerged as the knowledge partners for the campaign. The Signature Drive is likely to culminate on The Word Tiger Day i.e. July 29, 2014 across New Delhi, Mumbai, Kolkata and Chennai.

As a nature lover, as a wildlife enthusiast, as a wildlife conservationist and  of course as an Indian citizen, it is not only our duty but also our responsibility to protect the national treasure, step up and do you bit to bring a small yet significant change. Inspire others and give them reasons why to save tigers, REMEMBER our smallest contribution can help make National Parks in India safer and happier! Log on to NDTV.COM/TIGER and www.saveourtigers.com to support this noble NDTV and Aircel Signature Drive Campaign and be a part of one of the biggest changes in the country.