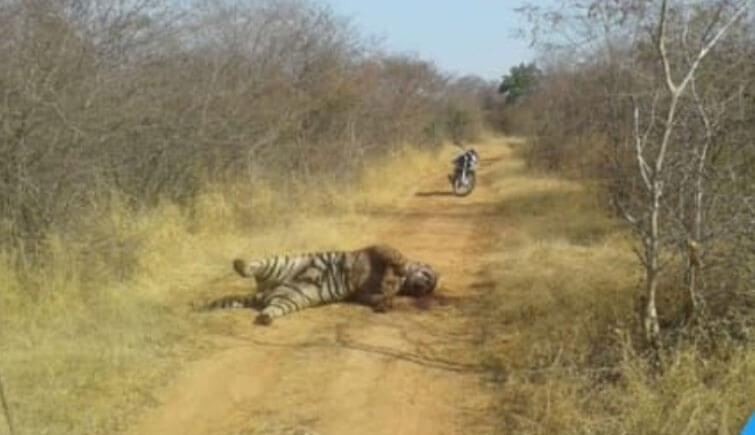 Indian tigers have been in the crosshair for centuries and every time we hear the news of a tiger death we believe it to be the last incident and wish it not to happen again. The reason behind such expectation is the continuous efforts of the tiger conservation like Save Tiger, Project Tiger and WWF who work round the clock to preserve the endangered species. However, a recent response to National Tiger Conservation Authority (NTCA) states, India has lost 51 tigers in territorial fight, poaching or electrocution in the first five months, till May 29, 2019. On average, the country has lost 10 tigers every month which is half of a total of 102 tigers that were killed in the year 2018.

The tiger population in India was estimated to be around 40,000 but then it plunged with a count reaching as low as 1411 in the late 2000s. Despite the consistent efforts of the Project Tiger which was started in 1973 in India, there has been a decline in the tiger population with an ever-growing threat of poaching, cannibalism and other reasons.

India is slowly losing the war to save the tigers. According to a recent data available from Tigernet, a database (NTCA),  Madhya Pradesh has remained at the top of the list with about 18 tiger deaths followed by Maharashtra with the deaths of 8 tigers in the first five months of the year 2019. In 80% mortality, the cause of the deaths couldn't be identified. However, NTCA officials are still investigating the cases. Some of the cases of tiger deaths over the past five months are mentioned below-

Laws about Tiger Poaching in India

The tiger poaching in India has seriously impacted the probability of tiger survival in the country. We are losing the war of saving the tigers. According to the Wildlife Protection Act of 1972, amended in 2002, states that hunting or poaching would result in imprisonment for a minimum of 3 and a maximum of 7 years along with a mandatory fine of INR 10,000 which may even extend up to INR 25,000. However, we rarely get to hear the news of poachers being imprisoned and if it does, it is no less than a surprise.

What to Expect Next?

On one hand, we see how the government had launched campaigns like Save Tiger and Project Tigers for the conservation of these big cats, on the other we are silently losing the war of saving the tigers. With over 51 deaths in the first five months of the year, 2019 and about 384 in a decade is really tragic. Not all the tiger deaths have come into the limelight but the deaths of 10 tigers every month is something that brings an alarm. We really hope the authorities in charge look into this serious concern and find the best possible solution to protect the tigers and other animals.