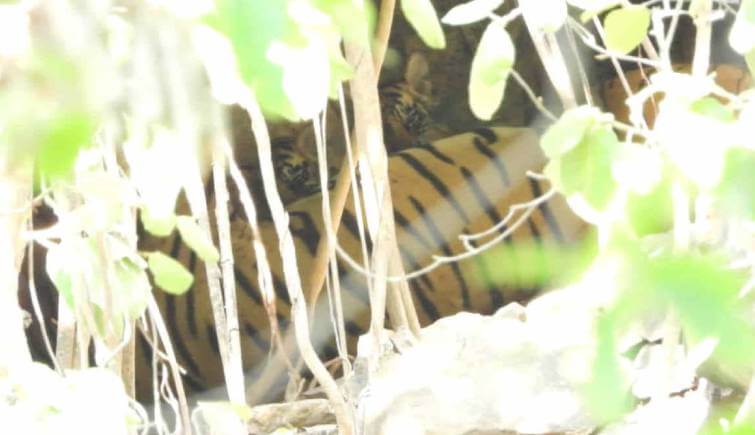 Tigress Arrowhead aka T84 Spotted with 2 Cubs at Ranthambhore

The tiger was located near the Nalli Ghati forest near Zone- 2. According to an official “The tigress is 7 years old and the newborns were spotted with the mother for the first time. However, there were indications that the tigress has given birth”

In the past three years total 35 tigers are recorded to have taken birth in Ranthambore National Park.

On July 5th Ramgarh Vishdhari Tiger Reserve in Bundi district was approved as Rajasthan’s fourth Tiger Reserve. Due to the dwindling number of tiger population and the need of tigers for at least 20 sq km territory, the decision to extend the number of Tiger Reserves has been taken by the ministry of environment, forest and climate.

Recently, two and half years old daughters of arrowhead - Riddhi and Siddhi were fighting for territory which can bring worries in future. A proposal has already been floated to shift Riddhi to Sariska from Ranthambore.