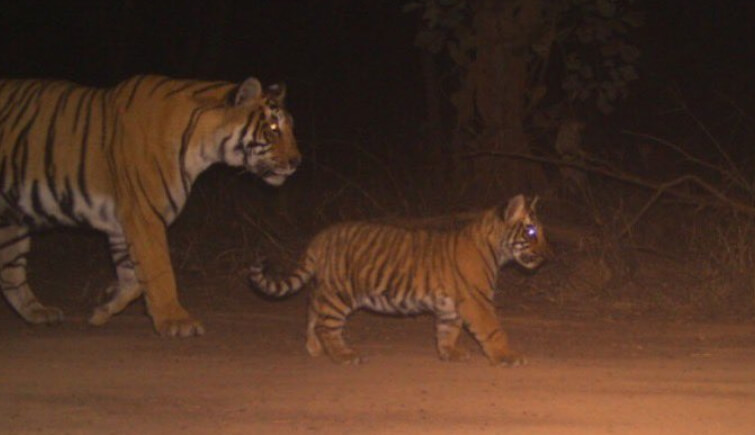 Tigress T-60, also known as Indu, was spotted with a cub in a trap camera in the famous Ranthambore National Park. The cub is believed to be several months old, while T-60 aka Indu herself is 7 years old. This is the third time that the tigress has given birth to a cub. She had previously given birth to four cubs in total.

Where was T-60 and her cub spotted?

Tigress T-60 aka Indu and her cub were spotted in Zone 2 of the Ranthambore Tiger Reserve. They are completely healthy and have been placed under increased monitoring ever since they were spotted.

What are the names of the tigress T-60 aka Indu’s cubs?