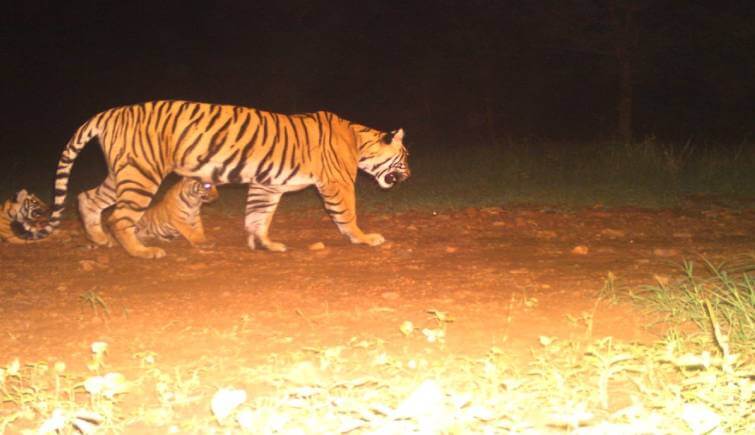 Good news for wildlife lovers! Three newborn tiger cubs are sighted with the Tigress T-105 in Tapkan Sultanpur area in Zone 1 of Ranthambore Tiger Reserve on Thursday.  ‘It is the first litter of this big cat who is a daughter of Tigress T-39’, said - Sanjiv Sharma, assistant Conservator of forest at Ranthambore Reserve. According to a forest official, the Ranthambore Tiger Reserve now houses a total of 74 big cats including 20 males, 30 females and 24 sub-adults/cubs.

Increasing population of Tigers is a ray of hope for the improvement of wonderful wildlife tourism but it has also increased the rise of territorial disputes among big cats as their territory is shrinking. The need for relocation is a cause of the concern. The chief conservator of the forest has put forward a proposal to relocate 6 tigers but the process hasn’t even started and it has been delayed for several months. 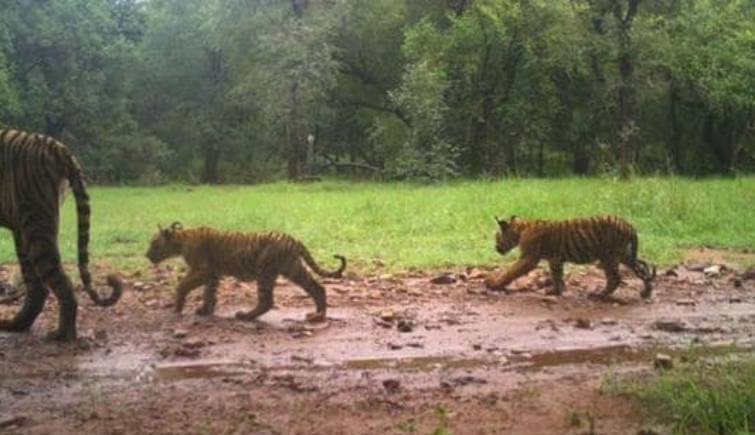 Due to the increasing population of Tigers, no doubt the scope of wildlife tourism in India is bright but there is a need for improvement in the wildlife habitat in the adjoining areas of Ranthambore. According to a wildlife expert ‘The forest department should expedite work to develop new tiger Reserves in the State’.