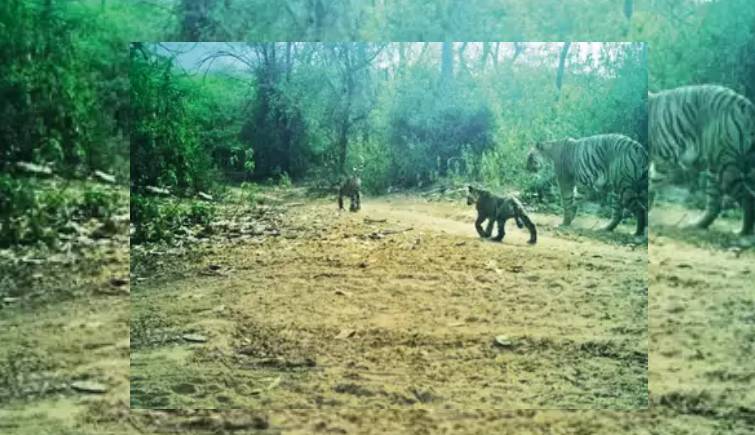 Ranthambore’s famous tigress T-69, was caught on a trap camera with her two newborn cubs in the Khandar range of Ranthambore National Park on last Friday.

The 10-years old tigress has given birth to newborns thrice now. 28 female tigers, 20 male tigers and 15 sub-adults were spotted between December 2020 and January 2021 during phase 4 of the trap camera exercise. With new cubs being born, it has sparked some tension among the park operators as the National Park can no longer sustain the rising numbers. According to the rangers, the number of tigers including cubs has reached 72 making it difficult for the tigresses to protect the cubs.

Confirming the news with a smiling face, T C Verma, Chief Conservator of Forests (CCF), stated, “The cubs appear to be around three months old and looking at the physicality of the tigress, it seemed that she had recently given birth which was confirmed after T-69 was caught on trap camera along with the two cubs in Khandar Range.”