The Roar of Three Tigers Has Gone From Tadoba National Park: Villager Poison Them

On 8th July 2019, wildlife lovers and tiger conservationists received the shocking news of the death of a tigress and her two cubs near Tadoba Tiger Reserve in Maharashtra’s Chandrapur district. An investigation was ordered into the deaths of the three big cats. Meanwhile, the Maharashtra Forest Department officials hinted that the locals might have poisoned the three predators. 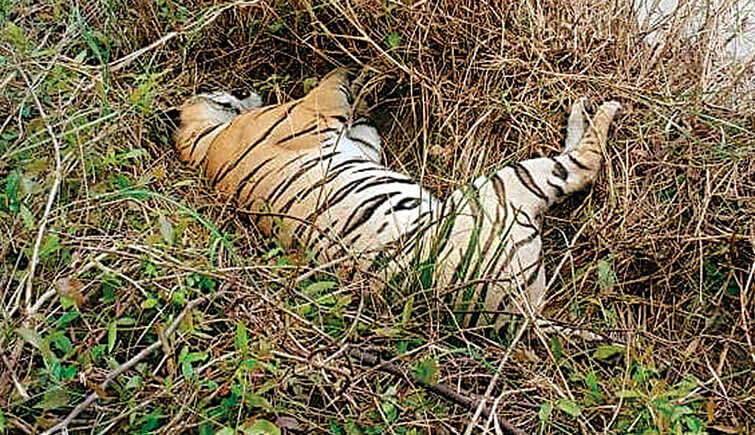 In the early hours of Monday, a forest ranger spotted the carcasses of these big cats and informed the authorities. According to them, the age of the mother was around five to six years while her cubs were aged around eight and nine months. As per the officials, the tigress and her cubs were found near a lake in Metepera village near Tadoba Tiger Reserve. A half-eaten calf was also found nearby. This led forest officials to investigate the revenge angle.

A farmer named Pandurang Choudhari was taken into custody as a suspect. On further investigation, he admitted to poisoning the carcass of the calf. The accused claimed that a dog killed the calf. In order to kill that dog, he poisoned the meat of the dead calf. But, it was the tigers who fed the calf.

After a postmortem was carried out, no injuries were found on the bodies. Besides, the nails and teeth were also intact. Nitin Kakodkar, the principal chief conservator of forests, said, “This explanation is immaterial when the tigers died ...the reasons will be ascertained in the inquiry”. 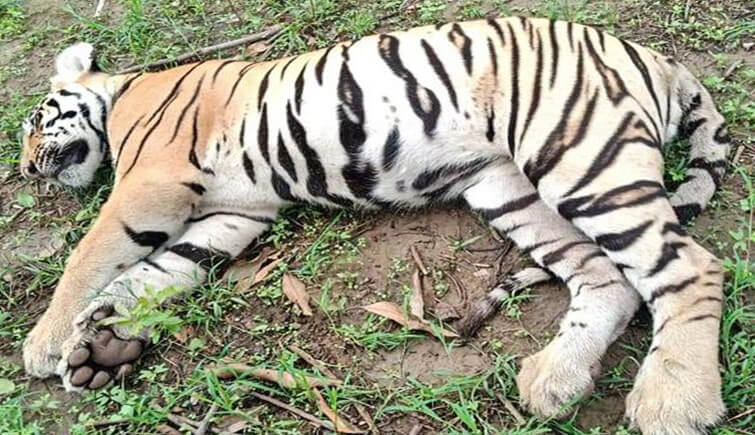 In recent times, the human-wildlife conflict has increased in Tadoba Tiger Reserve. The number of tigers in Tadoba have grown over the last four years, from 42 in 2014 to 88 in 2018. This brings them in direct conflict with the locals residing in villages around the reserve. In the first five months of 2019, 51 tigers died in India. After Madhya Pradesh, Maharashtra is second on the list of states with maximum tiger deaths in 2019.

Poaching has also been a major concern for the forest officials. Poachers usually set up snares or electric wires to kill the tigers. Besides, they also poison the water sources or the carcases of dead animals to hunt the big cats. In December 2018, poachers killed a three-year-old tiger via electrocution in Tadoba Tiger Reserve.

Steps Take to Avoid Such Incidents Ensuring security for both people and tigers is undoubtedly one of the toughest challenges faced by the forest authorities. There are multiple-use areas that are an amalgamation of villages, forests, lakes, farmlands, roads and private land. These areas are managed by the forest officials to avoid any mishappening by keeping a track on the movement and timings of predators. In order to reduce human-animal conflicts, they have also ensured that the local farmers are properly compensated for their cows, bullocks and buffaloes if they are killed by tigers.