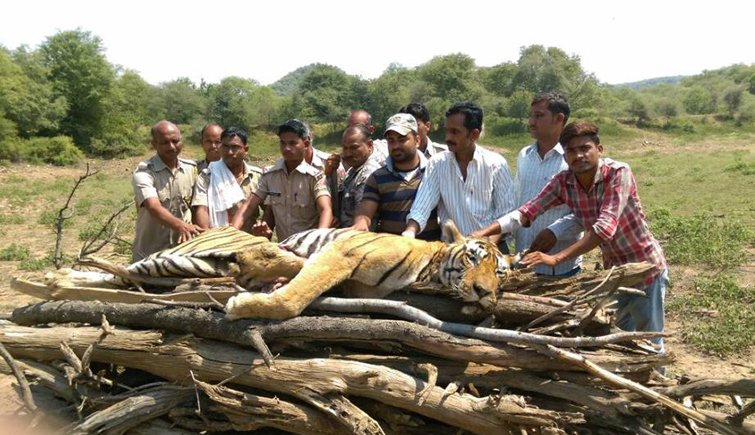 After the Battle for Domination, T-33 Dies Due to Severe Injuries in Ranthambore

Tiger T-33 in the Ranthambore National Park lost his life post the battle of domination with another tiger in the Chiroli Range of the park. T-33 aka Hamir, who was the firstborn of tigress T-30, Husn Ara inhabited the Chiroli, Anantpura and Thumka range of the forest, died after succumbing to severe injuries on Wednesday, Sep 20, 2017.

On Tuesday, Sep 19, 2017, the tiger indulged in a brawl with another adult tiger in the park for territory acquisition, in which he suffered injuries in his forefeet and neck. According to the forest officials, due to the injuries, T-33 was unable to walk and hunt, and thus was not eating. The forest officials found him near the Khandar region of the park where they tranquilized him to provide medical aid, however, the injuries were so severe that the tiger could not survive. The official do not know the whereabouts of the other tiger who was involved in the brawl.

Ranthambore National Park in Sawai Madhopur District, Rajasthan, is one of the popular places to sight tigers in India since it inhabits a population of about 60 tigers.