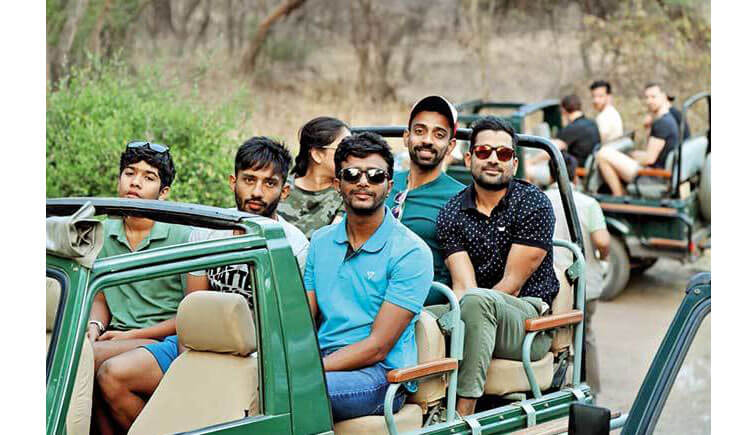 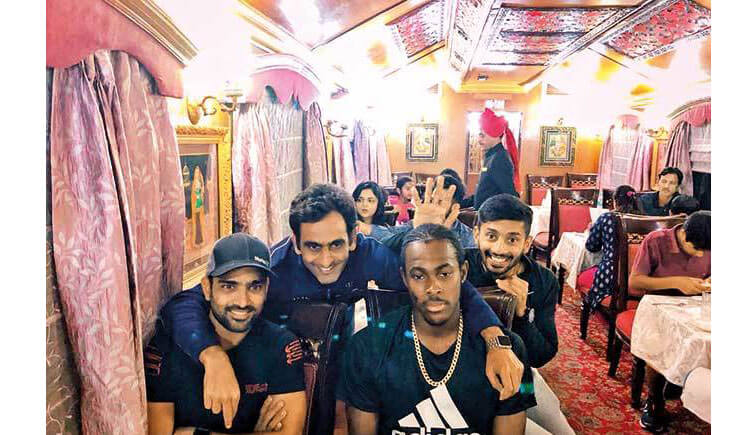 The players, including Ajinkya Rahane, Krishnappa Gowtham, Dhawal Kulkarni, Heinrich Klaasen, Jofra Archer, Jaydev Unadkat, Rahul Tripathi, Sudhesan Midhun and Jatin Saxena arrived at Sawai Madhopur railway station by the luxury train 'Palace On Wheels' around 5:30 pm on Tuesday evening. The team (some along with their family) took off for the Tiger safari on Wednesday morning where they spotted the male cub of Tigress T-60 near the Guda forest Chowki and tiger T-86, both in zone 2. They even spotted T-19 along with her three cubs in zone 4.

Apart from the tiger, tigress and its cubs, they also spotted several other wild animals in their natural habitat. Looks like the Rajasthan Royals had an amazing time meeting Royal Bengal Tigers.