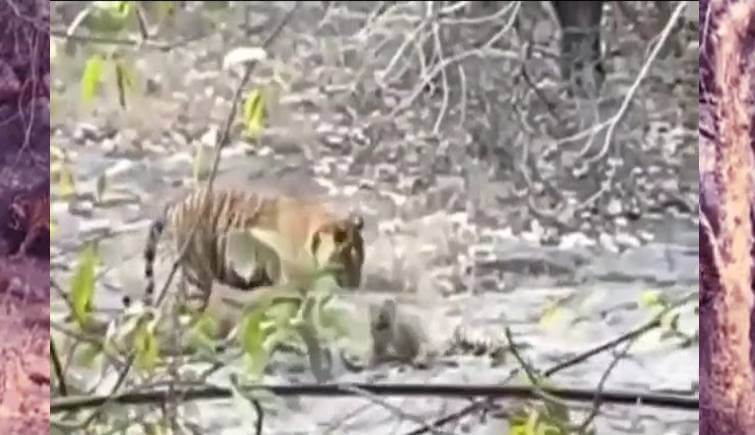 Fight Between a Tiger and a Leopard at Ranthambore National Park

The wild events of Ranthambore National Park are so enchanting that you will be compelled to live here forever. It never ceases to make your moment dull. Recently Wildlife enthusiasts captured a mesmerizing and thrilling scene of a Tiger fighting with a leopard at Zone no 1 of the park. In the video there is a wild tussle between a tiger and a leopard. It seems that the leopard was in his territory which was unbearable for the tiger. Hence the tiger injured the leopard.

This wild scene of Tiger and Leopard has been going viral over the internet. For tourists and wildlife lovers, this incident was so enchanting that they couldn’t resist themselves from capturing their video. The fight was so intense that the forest authorities had to intervene to monitor the situation.