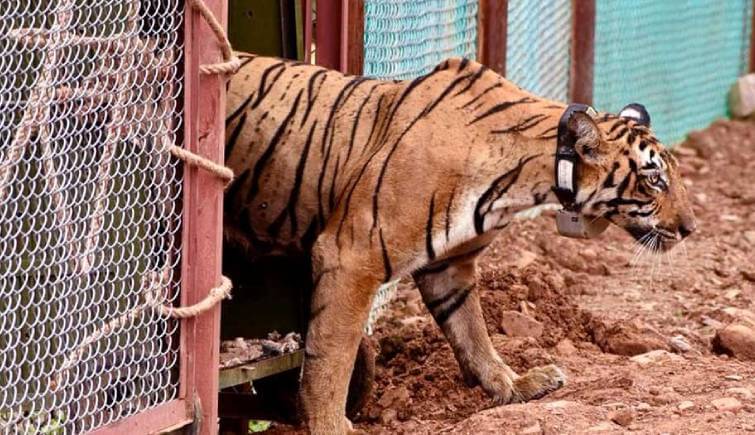 Tigress T-102 was successfully rescued from Ranthambore National Park and shifted to Ramgarh Vishdhari Tiger Reserve on July 16th, 2022. As per the information received from the authority, the shifting has been progressed to supply the partner for a male tiger T-115, who has been loitering in the Ramgarh zone for a long time.

Reporting on the matter, Tribhuvan Singh of Ramgarh foundation said “A long-awaited dream came true on Saturday with the successful release of the tigress into RVTR.” He also said that this shifting will initiate ecotourism and help to promote wildlife tourism in Ramgarh Vishdhari Tiger Reserve. 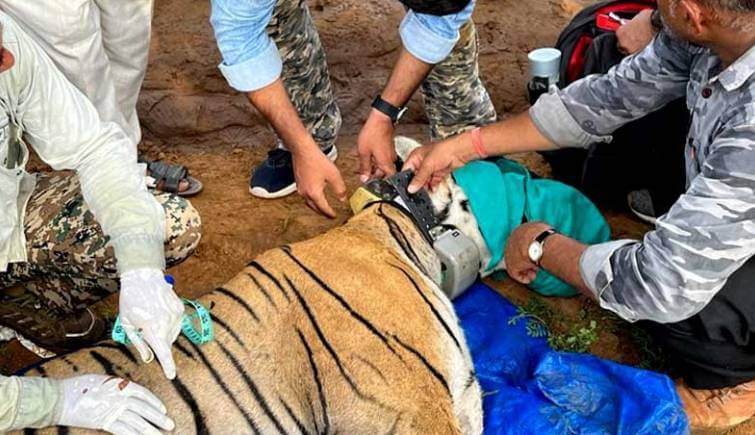 As per the officials, the shifting of T-102 also has been done for another purpose. They said it has been made to enhance the safety of around 15 male and female tigers who have been currently moving in the Ranthambore periphery as they are not able to develop their own area. These 15 tigers have been facing increased chances of disappearance due to clashes with other tigers. The officials also said that this translocation process will be continued due to the larger density of tigers in the Ranthambore Core-I zone.

The shifting process has been done in a few steps: 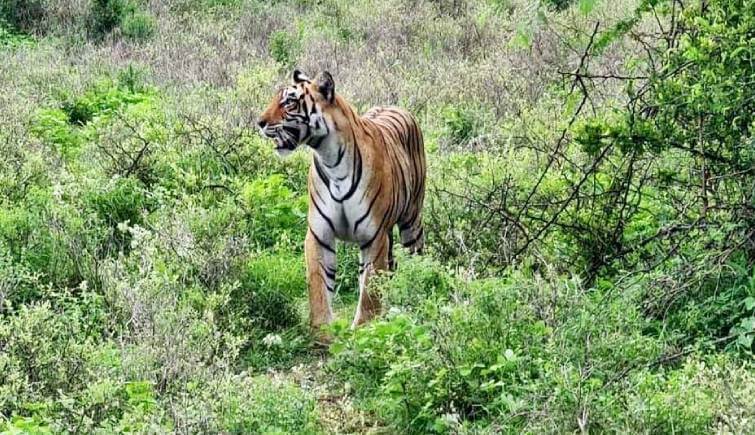 The brief history of T-102 tells that she is the daughter of Tigress T-73, the famous tigress of Ranthambore, who has been a dominant tigress of zone-5 of RTR, Kachida Valley.

To mention, Ramgarh Tiger Reserve is situated in Bundi District of Rajasthan and was declared the fourth tiger reserve of the state, recently in May 2022. Taking a further step in tiger conservation, the Ramgarh Vishdhari Wildlife Sanctuary was declared a tiger reserve by the Rajasthan Government.

Q: Why is T-102 translocated to Ramgarh Vishdhari Tiger Reserve?

Ans: First of all, the shifting has been done to supply T102 as a partner to a male tiger T115. The second reason is that the authority initiated the translocation process to enhance the safety of 15 tigers in the core-I area of RTR as they are not able to develop their own area due to clashes with each other.

Ans: Ramgarh Tiger Reserve is situated in Bundi District of Rajasthan and was declared the fourth tiger reserve of the state, in May 2022.

Ans: In 2016, T102 was born as a daughter T73, who has been a dominant tigress of Kachida Valley, zone-5 of Ranthambore Tiger Reserve.