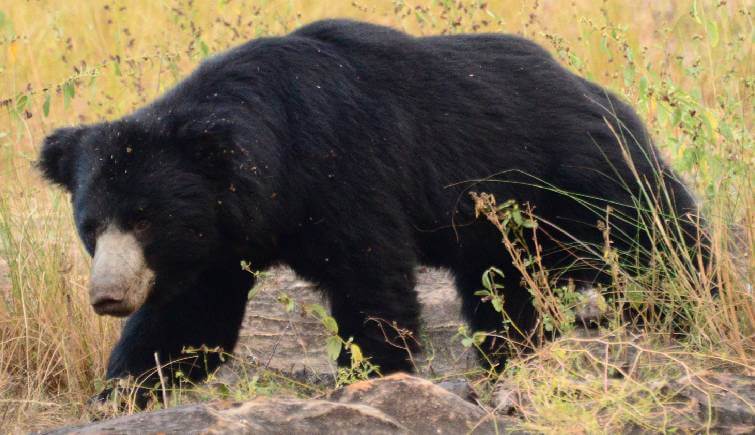 Interesting Facts You Need to Know About Sloth Bears in India

Ranthambore National Park is a popular name in wildlife conservation in India. Located in Rajasthan, Sawai Madhopur, the park is a famous place for tiger sightings in India. What no one will tell you that it is also one of the best places to sighting sloth bear. If you get lucky, you might also watch the fighting between Sloth Bears and tigers and trust us, it’s undoubtedly a thrilling experience you might have on your jungle safari trip in Ranthambore.

Amongst the four species of bear, the sloth bear is the most widespread species in India. Melursus ursinus (scientific name) or sloth bear, the mammals are significantly found in several parts of India like Rajasthan, Madhya Pradesh, Uttar Pradesh, Chattisgarh, West Bengal and Northeast India. Sloth bear sighting in one of these places is one of the most exciting parts of a wildlife vacation trip.

Things You Need To Know About Sloth Bears 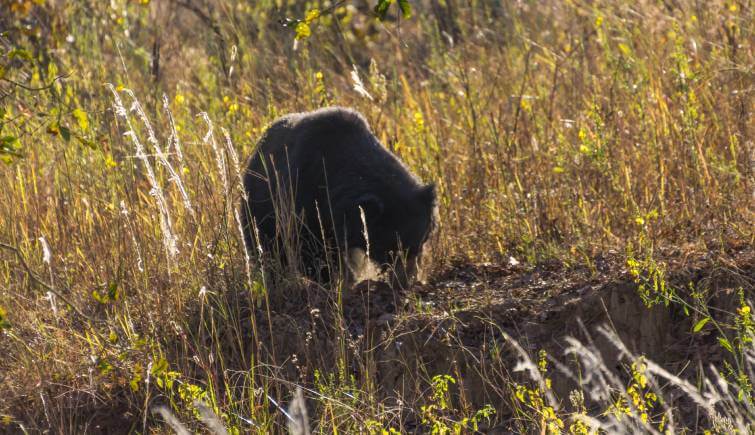 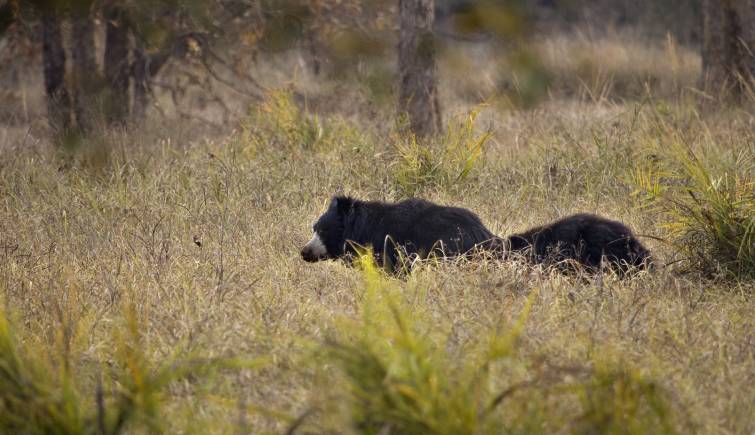 Sloth Bears in India have been recently facing several risks including human–sloth bear conflicts, hunting, poaching and habitat fragmentation. There is a nomadic tribe called the Kalandars who used to kill mother bears to sell off her cubs and use them as a part of their ancient ‘Dancing Bear’ tradition. Finally, organisations like WSPA (The World Society for Protection of Animals) and Wildlife SOS became successful to eradicate the gruesome activity and rehabilitated the bears in Bangalore and Agra in their largest and second-largest bear rescue centres in the world, respectively.

India houses around 90 per cent of sloth bear’s global population. They mostly live outside of the protected areas (wildlife sanctuaries and national parks) so there is no proper population status of the animals. According to the statistics, India is home to around 6,000 to 11,000 Sloth Bears in 2020.

According to the National Conservation Action Plan for Bears 2012, which was published by the Ministry of Environment and Forest, the government clearly acknowledges the reasons why we need to save our Sloth Bears and identifies the importance of saving Sloth Bears and their habitats including the corridors.

According to IUCN Red List, the sloth bear is a vulnerable species and it is listed in Schedule one of the Indian Wildlife Protection Act, 1972. Its presence near human populations leads to several instances of human-sloth bear conflicts, as according to a prevailing theory, Sloth Bears see humans as predators. There are several incidents happened where sloth bear attacks on human. And, this is one of the main reasons why India should emphasise on Sloth Bears Conservation. 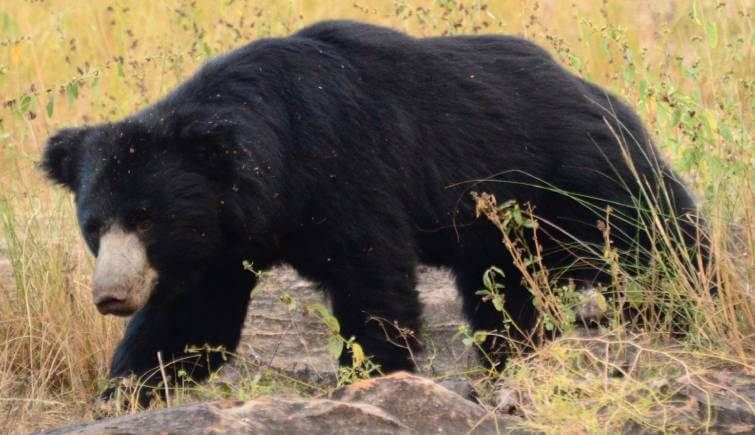 How many Sloth Bears are there in Ranthambore National Park?

As per data released in 2021, the number of Sloth Bears is close to 100 in Ranthambore National Park.

Which are the best places for spotting Sloth Bears in India?

Some of the best places to spot Sloth Bears in India are the national parks in South India and the dry forests in the Western Ghats and Central India. You should visit places like BRT, Bandipur, Kudremukh, Anshi, Kanha, Bandhavgarh, Tadoba, Pench and Ranthambore to spot the animals.

Sloth Bears evolved aggressive behaviour to protect themselves from the big cats as they have to co-exist in some parts of India. Evidence like Sloth Bears chasing away tigers in forests are there but there is no single case found where a sloth bear is seen killing a tiger.

No, Sloth Bears see humans as predators and they are believed to be the dangerous wild animals in India.