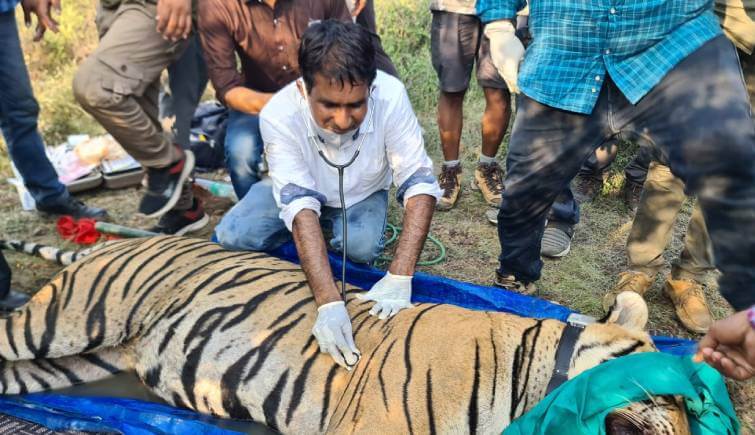 In an effort to boost the tiger population in Sariska, a much-anticipated relocation of a tiger from the Ranthambore Tiger Reserve to the Sariska Tiger Reserve took place on Sunday, October 16th. The tiger, codenamed T-113 was chased for a long time, tranquilised around 4:30 PM, medically examined and transferred to Sariska Reserve by road.

Now, along with T-113, a total of 25 tigers have been residing in Sariska Tiger Reserve from today onwards.

Now, it’s time to know the reasons for shifting. Why is the tiger shifted? 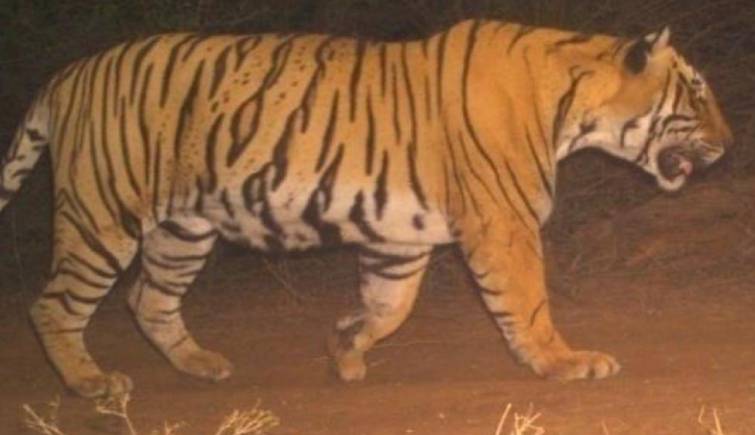 As per STR field director RN Meena, “There are 10 females in STR, but of them 50% have aged, and the situation is similar with male tigers. Looking at the situation, it is important that at least a male and two female tigers be relocated here, which are breeding. A request was made to the chief wildlife warden, and likewise a proposal has been sent to NTCA. The big cats are necessary to help STR grow.”

Founder secretary of Sariska Tiger Foundation, Dinesh Verma, said, “It is a long-awaited move. After four years, a big cat has been shifted to STR. To maintain the population in Sariska, a shifting male and female tigers was being made for a long.” He also added, “We believe that one of the potential causes, along with the stress caused due to disturbance by villages inside the jungle, could be inbreeding. Many states such as Maharashtra and Madhya Pradesh with high tiger populations are willing to participate in the exchange of tigers to diversify the gene pool of the species, which will directly result in improving the chances of survival and production of offspring.”

Which tiger is shifted to Sariska Tiger Reserve from Ranthambore?

T- 113 is shifted to Sariska Tiger Reserve in Alwar from Ranthambore.

What is the tiger population of Sariska Tiger Reserve including T-113?

Now, the total number of tigers in Sariska is 25.

What is the target of this shifting?

The majority of the tigers living in Sariska have aged and they are unable to give birth. So, in an effort to boost the tiger population in Sariska Tiger Reserve, the shifting is done.