Bina One – The Famous Tigress of Ranthambore

The captivating story of Bina One (Ek) & her sister, Bina Two (Do) 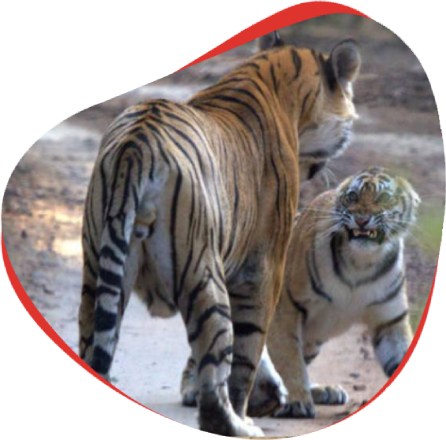 The Tigress Bina One, along with her sister, Bina Two, has always remained in the limelight of Ranthambore news. The reason for such fame is their early orphanage, and later their bringing up by their father, Dollar, the T25 tiger.

This extraordinary pair received a lot of attention by the tourists in response to their bringing up by Dollar, a male tiger, also known as Zalim because of his cruel nature. Dollar proved himself to be the best mother in Ranthambore until his death in January 2020 because of a territorial fight.

The famous adoption story of Bina Ek & her sister

Being born to the Kachida Female (T-5) and Dollar (T-25) in November 2010, the Bina Ek tigress, along with her sister, has a famous adoption story that really shook the research world, and especially the tiger lovers.

The story of this wonderful family starts with the mating of the Kachidha Female (T5) and Dollar (T25) in the late winters of 2011, and by the end of the monsoons, the duo had their first litter – Bina Ek, followed by another female cub, which was identified as Binado (Bina Two).

But unfortunately, about four months later, in February 2011, the Kachida Female was found dead near the chowki (guard post), after yelling all night from the pain of internal hemorrhaging that she was suffering. This was the time when the forest officials were in an inevitable dilemma whether the cubs will survive or die along with their mother.

But surprisingly, they found out that Dollar, their father, was taking care of the cubs. A quiet observation in May 2011 proved that her father was actually looking after his cubs, and since then, their extraordinary story of love and his fatherhood prevailed all around Ranthambore.

Unlike his howling nature, Dollar was observed numerous times patrolling his territory and training his cubs for the necessary skills for survival, and occasionally admonishing them like any good mother.

Bina Ek, being quite responsive to her father, always stayed around him in her previous stage, followed him like a shadow, played with him and even slept near him. Bina Ek and Bina Do are still together, attaining their adulthood every passing day and now gaining their full maturity.

Sultanpur (T24), the dominant male, is rather fond of these twin young ladies, who live close to some lodges and within the Sitara domain. Today, the family of Bina Ek has great affection for each other, and regularly moves through the tourism zones, delighting visitors.

In November 2012, the forest department decided to relocate the duo sisters to the Sariska Reserve to re-establish the population of Sariska. The orders were issued for the relocation of these two newly-matured tigresses to Sariska to continue to populate this recently poached out park, just 100 miles from Ranthambore.

Sariska is now peppier with the introduction of these duo sisters. Such an interesting family story is quite rare in any kind of wildlife reserve, but that is precisely what makes Bina Ek & Bina Do so special.

Photo Gallery of Bina One Tigress 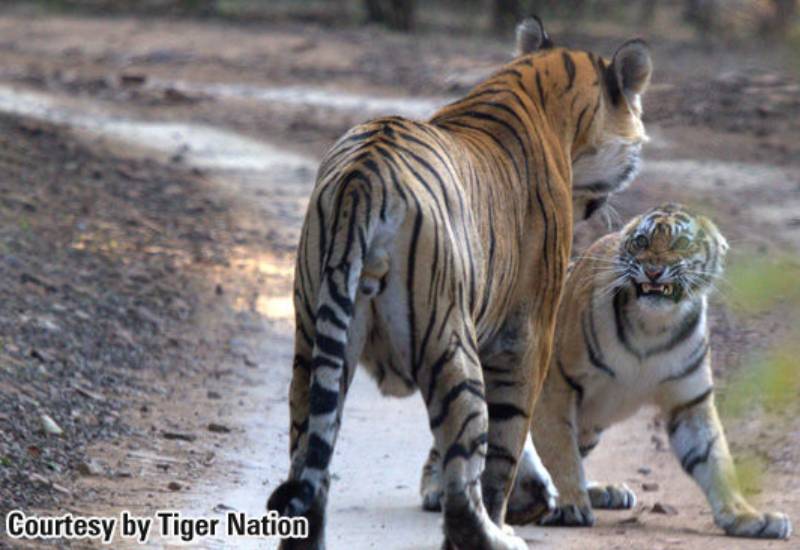 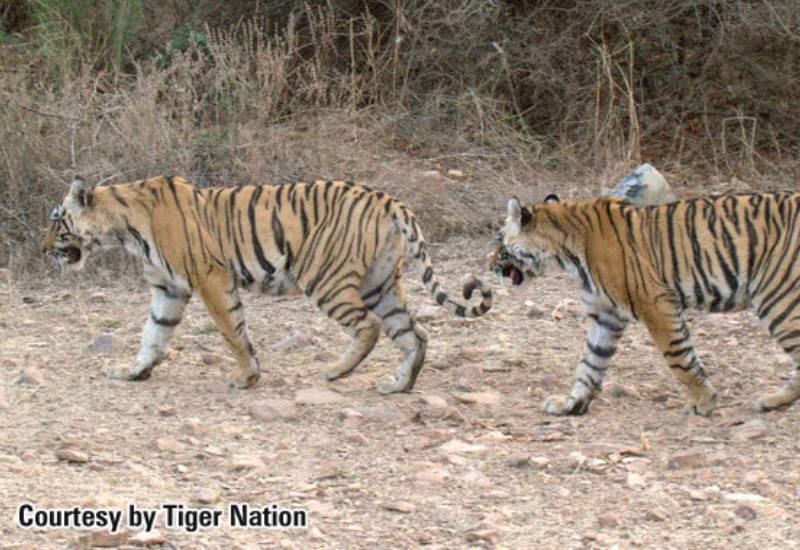 Q. Why is Bina Ek called so?

Bina One (Ek) is called so because she has a twin sister called Bina Two (Do).