T-98- The Adventurous Tiger of Ranthambore

T-98, the famous tiger of Ranthambore who once walked 150 miles to meet its mate. The famous tiger T-98, also known as MT-3, will always be remembered for his romance and adventurous spirit. It was his longing for his lover that led him to travel 150 kilometers across three districts, an extraordinary feat never heard of before.

He also possessed a fierce side, which was revealed when, estranged from his beloved one, he allegedly attacked a woman, Nauranti Devi, then 62 years of age, who had gone to the forest to collect firewood. The lady, who lived in Bramhapuri area in the district of Sawai Madhopur in close proximity to Ranthambore National Park, was attacked and dragged deep inside the forest.

The Journey of T-98, from Ranthambore to Mukundra

The tiger, known as T-98 in Ranthambore, and MT-3 in Mukundra Tiger Reserve, was born to the tigress T-60 and tiger T-57, along with 2 siblings. The first time he was seen was in March 2016.

T-98 possessed a free and adventurous spirit from his early teenage years. It wasn’t long before he fell in love with the tigress MT-2, as both of them inhabited the same area in Ranthambore National Park. Tiger lovers and wildlife spotters frequently noticed the strong bond of affection between the two felines.

However, as luck would have it, MT-2, along with one other tiger, was relocated from Ranthambore National Park to Mukundra Tiger Reserve. After her departure, T-98 had grown quite aggressive, and it was in one of these moments of aggression that he attacked a woman who had ventured into the forest to collect firewood.

Unable to bear the separation of his lover, T-98, or MT-3, set off on a long and arduous journey spanning 150 kilometers. He crossed three districts, and the River Kali Sindh, eager to rejoin his mate. The journey, as well as the peculiar behaviour exhibited by the tiger, left everyone surprised. How he had managed to breach his enclosure in Ranthambore remained a mystery.

After his arrival at Mukundra, T-98 was renamed MT-3. The forest department, aware that he posed a danger to MT-1, kept him enclosed as a safety measure. Not all love tales have a happy ending, and the tale of T-98 was certainly not a happy one.

MT-2, the tigress for whom he had undertaken a long journey, had already paired with MT-1 when he was relocated to Mukundra, first mating and then producing cubs. His epic journey, although daredevilish, had left him brokenhearted.

T-98 was 4 years old at the time of his death in Mukundra Hills Tiger Reserve (MHTR) in Kota, Rajasthan. His body was found in close proximity to the water point in Mashalpura forest area.

A few days before his death, the tiger was seen limping, after which the forest department had made arrangements for his treatment. The monitoring of the tiger was subsequently intensified, and a pet was offered to it, which it consumed with no problems whatsoever.

However, since T-98 showed no improvement in his limp, a special team was called upon to tranquilise it. But before they could put that plan into effect, he was dead. The postmortem revealed that he was suffering from Bovine Tuberculosis, cardio shock & lung infection.

According to the forest department, T-98 had turned anaemic, with large amounts of fat deposited in his body, leading to the blockage of heart chambers along with severe lung infection. That ultimately led to his death. 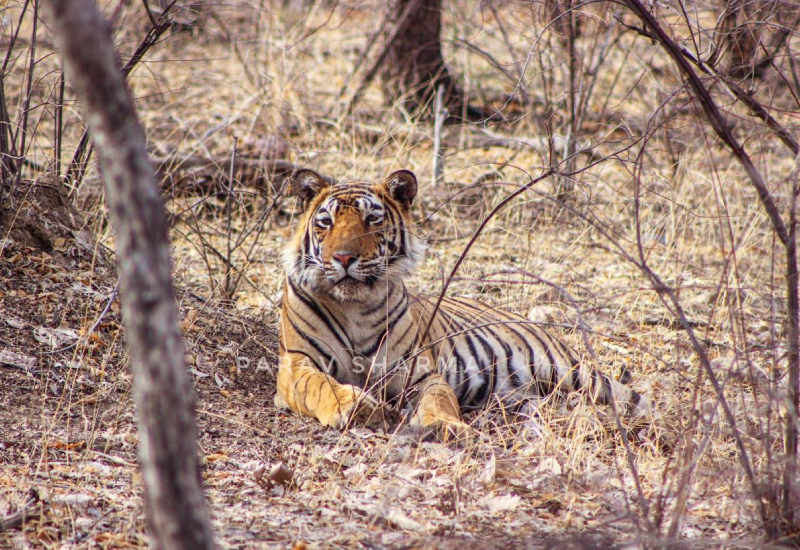 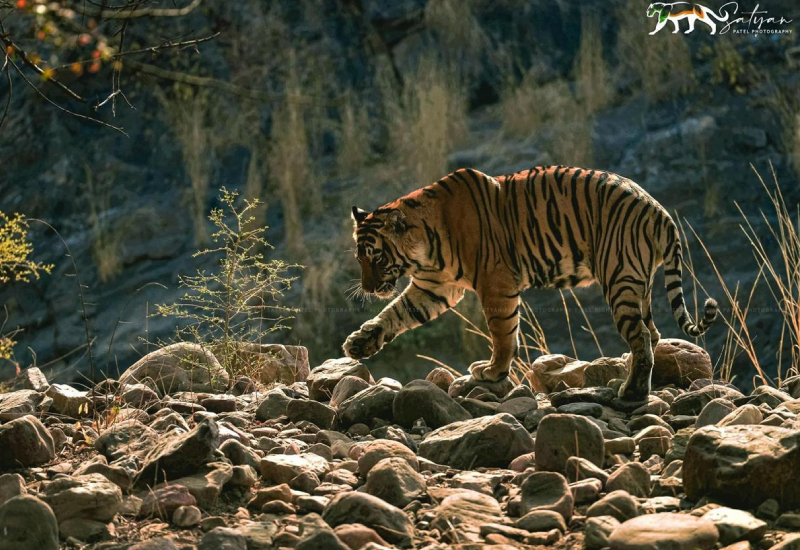 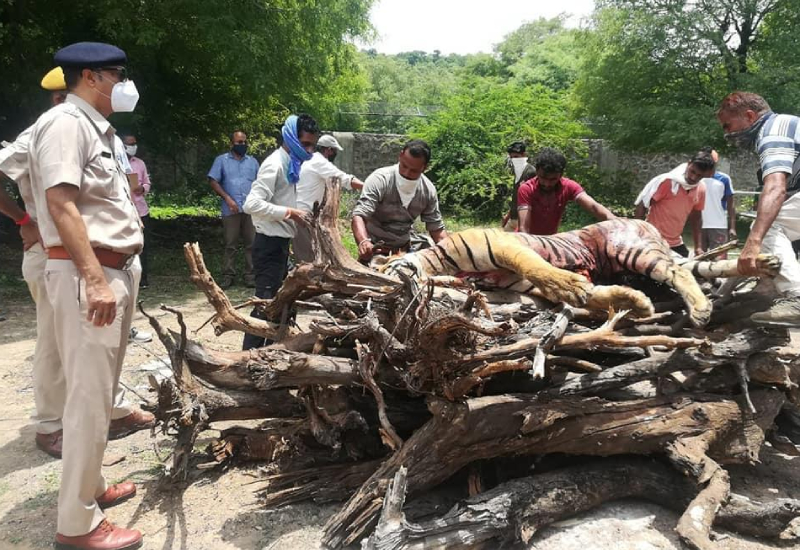 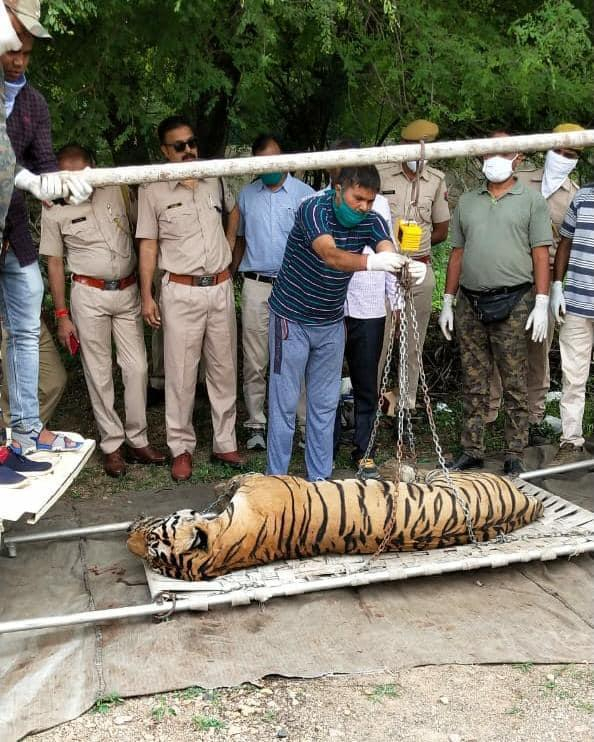 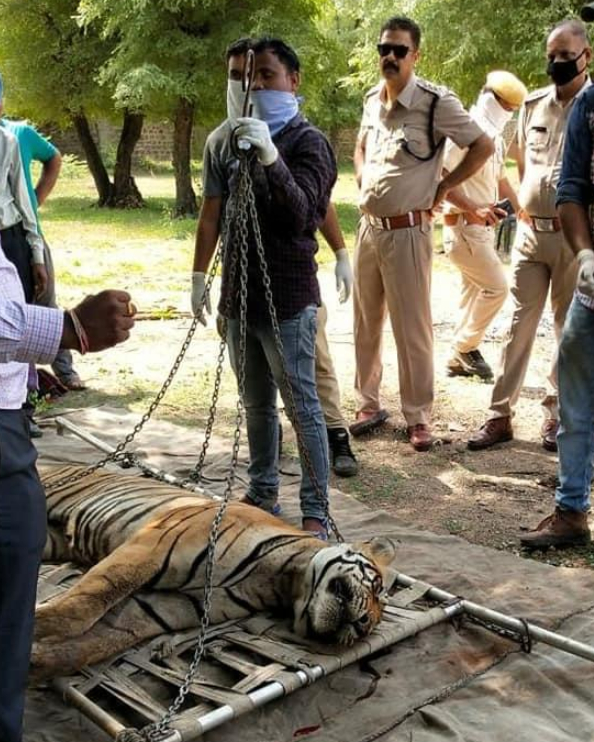 The tiger was named T-98 in Ranthambore National Park, and renamed MT-3 when it was shifted to Mukundra Hills Tiger Reserve (MHTR).

T-98 was famous for undertaking a long journey of 150 kilometers across three districts including the river Kali Sindh, from Ranthambore National Park to Mukundra Hills Tiger Reserve.

T-98 was first spotted in March 2016 in Ranthambore National Park in Rajasthan.

2021, The Best Year for Tiger Population at Rantha

Tigress T-99 Gave Birth to a Cub - Rise of Rantham