The short story of Bina Two, brought up by the famous Tiger Dollar or Zalim & famous for her rebellious attitude! 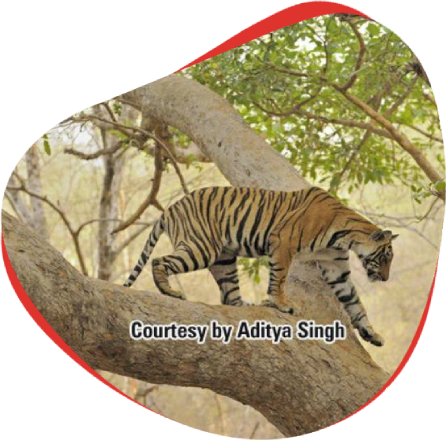 Bina Two (Do) is one of the tigresses among the twin sisters found in Ranthambore who were famous for being raised by their proud father, Dollar. Tigress Bina Do, the sister tigress of Bina Ek; both were littered by Kachida Female (T-5) and Dollar (T-25) in November 2010, and had been the pride of Ranthambore since then.

The story of Bina Do & her family

This story is not about Bina Ek or Bina Do, but it is the real story of a family. A family that loves each other and understands the value of each other, and the whole credit goes to the Tiger T-25 aka Dollar, who was a responsible father and taught his cubs the necessary skills for survival.

The forest officials earlier thought that Dollar would bring harm to his cubs like any other male tiger; but interestingly, they were in for a pleasant surprise when he began taking care of them.

Like obedient children, both the cubs would follow him & his instructions; but while Bina Ek would follow Dollar like a shadow, Bina Do demonstrated her unwillingness to accept his authority, as if she wanted her own territory at an earlier stage itself.

Keeping in mind the increasing population of tigers in the Ranthambore National Park area, the forest department officials relocated both Bina-I & Bina-II to the Sariska Tiger Reserve (STR) in January 2013, in a bid to save tigers and to avoid man-animal conflicts. 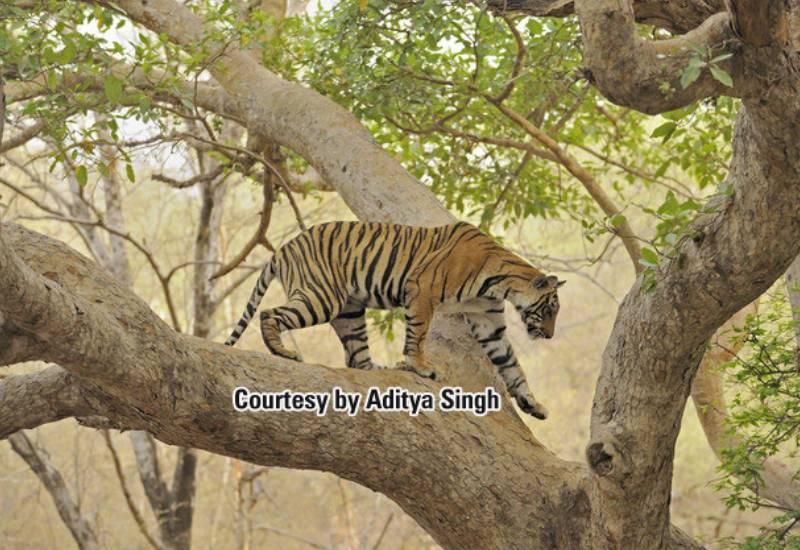 Yes, Bina Two is still alive but has been shifted to Sariska Tiger Reserve.