T-28 aka Sitara, the Star of Ranthambore 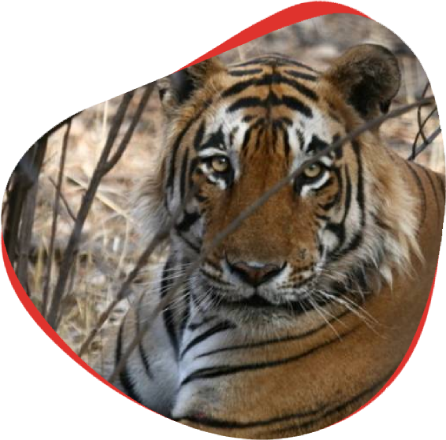 T-28 aka Sitara, was called so because of a five point star mark on his left eye. Tiger lovers would remember Sitara because of his memorable fight with Machali, “lady of the lakes”, in early 2009 (the 1st of April). The reason was obviously – fight for territory.

During early 2006, T-27, the Gilai Sagar female mated with T-2 tiger, the X-male, and gave birth to two male cubs, T-28 and T-29. T-28 is the same Star Male amongst the two. Their father X-male at that time was the most dominating male tiger in the entire reserve.

The common territories of these two tigers (T-28 & T-29) were Gilai Sagar, Thumka and surrounding parts of the north east end of the national park, where they spent their early
stages.

Sitara: First noticed by tourists in 2008!

These territories were not accessible to the visitors as they consisted of a few motorable tracks. This was the reason people knew less of them at their early stages. But later, during early winters (January) of 2008, Sitara was first noticed by the tourists around the area of Berda.

He soon extended his range up to Lakkara and also covered the lake area of Jhalara and Nalghati. Today, he is one of the few dominant males of Ranthambore and has acquired the areas of Nalghati, Jhalara, almost the entire Mandoop plateau, Lakkarda and the three lakes (Padam Talao, Raj Bagh and Malik Talao).

Sitara & Machali: Fight, and then agreement, over territory!

The twist in the tale began when the famous Machali, T-16 (female), and her two daughters, T-17 and T-19, acquired one of his territories, and the legendary war between the two occurred in early 2009, the war which favored Sitara and ultimately he was the winner.

Slowly Machali made her peace with Sitara and both made space for each other.

The interesting part of Star Male’s story of reigning is that he ultimately mated two of Machali’s (T-16) daughters, T-17 and T-19.

His brother T-29 made his remarkable figure around the Berda – Lakkarda – Bandarwal ki Baori area. Probably a year ago, T-29 was being observed with severe leg injury when the jungle officials managed to tranquilize and treat him, but that did not help him.

This could be learnt through one more incident in 2009 when T-16 aka Machali, killed a large male Sambar deer in a narrow valley (Bhoot Khurra), in the heart of the vicinity. The climax started when two days later of this hunting, the rowdy Star male, snatched her kill and after a few hours, the legendary fight began.

Noticeably, the Star Male was at the peak of his youth whereas Machali was devolving into debility. As a result, which was obvious, Machali surrendered in front of him in a complete submissive mode.

T-28, in the prime of his life, claimed the rich hunting grounds around the legendary lakes which was once the dominion of Machali, his venerated grandmother. Reigning over such a large territory in Ranthambore with fertile tigress all around, reflected the masculine attitude of the Star male.

Death of T-28 aka Sitara, the Star Male of Ranthambore

As fate would have it, the Star Male aka T-28, died in Ranthambore Tiger Reserve on 20th March, 2018. Its body was found in a field in Chhan village in Khandar area. Post mortem revealed that it was suffering from gastric torsion in carida (upper region).

Photo Gallery of Sitara (T-28) – The Star of Ranthambore 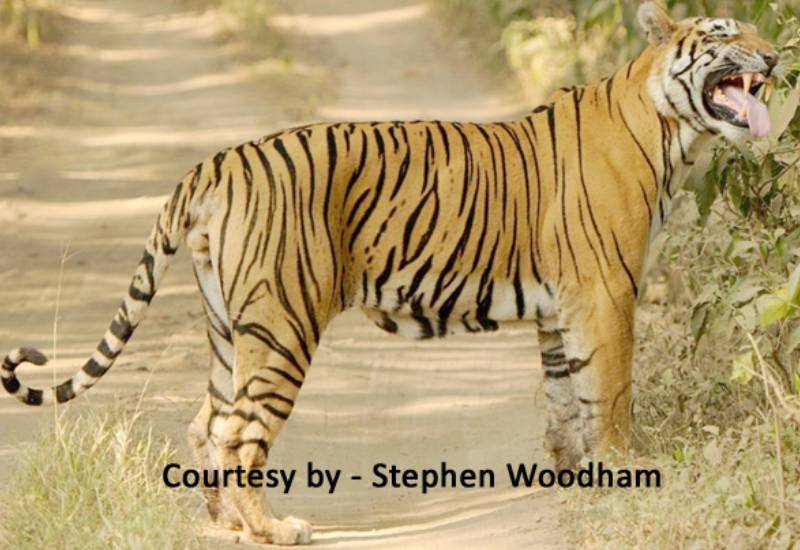 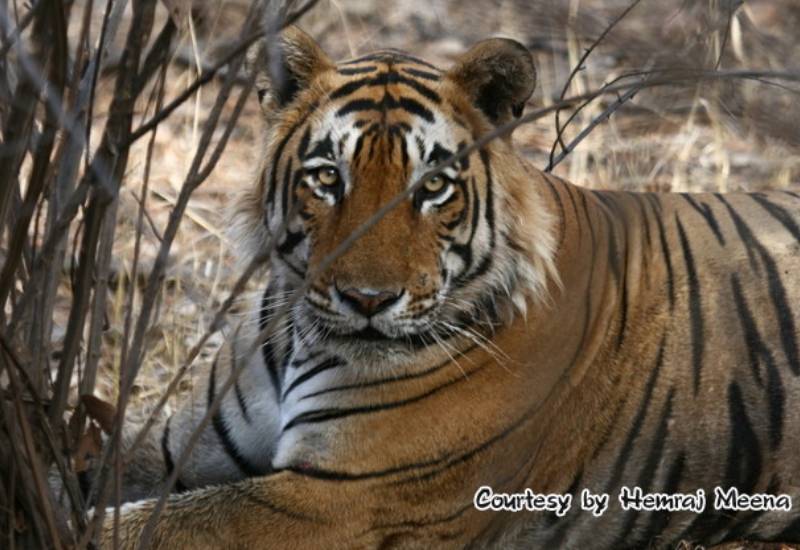 Q. When was Sitara first seen?

T-28 was called Sitara because of a five point star mark on his left eye.

Q. In which zones in Ranthambore was Sitara most sighted/spotted?

Sitara was most often sighted in Zones 3-4.