T-41 aka Junglee, determined in her survival & an eye catcher by both guides & travellers. 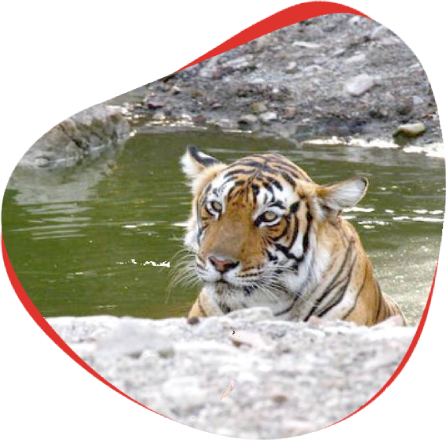 Tigress T-41, also known as Junglee, was born to T-4 (female) and Big Daddy in the beautiful Berda Valley of Ranthambore. She, along with her brother Berda (a male cub) (T-40), was extremely popular among the regular guides and travelers.

Unfortunately, when the cubs were a year old, their mother died of an infected injury following a fight over a prey with another tiger in the area. After this incident, both the cubs survived for another one year by consoling and supporting each other in hunting and learning the basic survival skills.

Junglee became famous in her vicinity due to her rigid determination of survival and established herself in her place of birth, as a member of the ruling elite along with her brother- T40. Her ruling territories were Berda, Semli, Bhakola valley & the Adidant regions of Ranthambore National Park.

During later years, it was observed that a dominant male tiger, Semli (T-6), started tussling with the duo siblings for their home territory. The tussle ended with the escape of the brother of T-41, as he was driven out of the area and Junglee had to survive with him (Semli Male), by making peace with him & regularly mating with him.

This was the incident that later brought the opportunity to observe the budding and gallant couple regularly (in late April & then again in June) around the vicinity, courting each other. Their courtship resulted in the birth of their first brood of tiny cubs in November 2012.

Today, Junglee is enjoying her motherhood which is a whole new experience for her as she is getting used to the new rhyme of life indulging and treating her cubs. Snatching a quick meal & quenching her thirst in between, feeding her ravenous cubs that are still blind for the first ten to fourteen days; is now her normal duty of the day.

Whereas, the Semli Male, who is a dominant one in the Berda area (on the boundaries of the visitor’s zone), and of course, the proud dad is also often observed overseeing & over-indulging with his tigress (Junglee) on some food nearby. As a father, his job is also crucial.

Thus, the T-41 tigress is now living a complete family life along with her two cubs and their protective father. A glimpse of this heart-winning family at Ranthambore really brings a noted value for all. 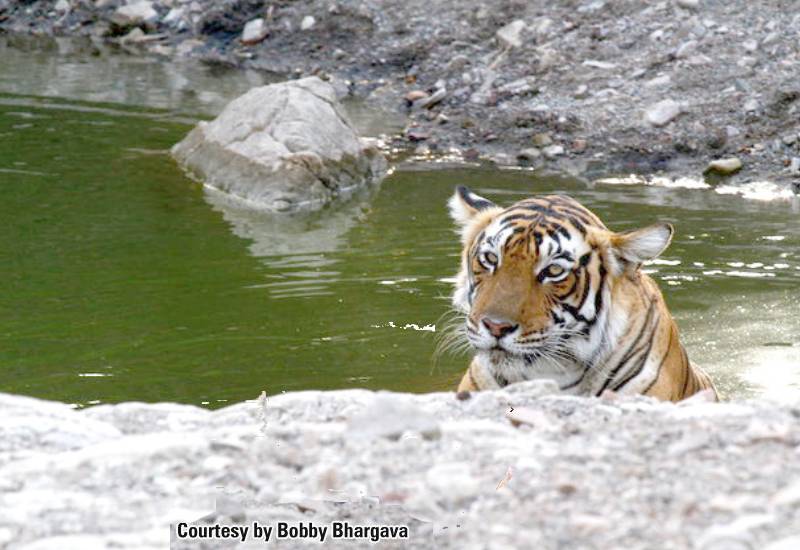 Q. In which Zone can Junglee be spotted/sighted?

T-41 aka Junglee mostly can be spotted in zone 4 of Ranthambore National Park.

Q. When was T-41 aka Junglee first seen?