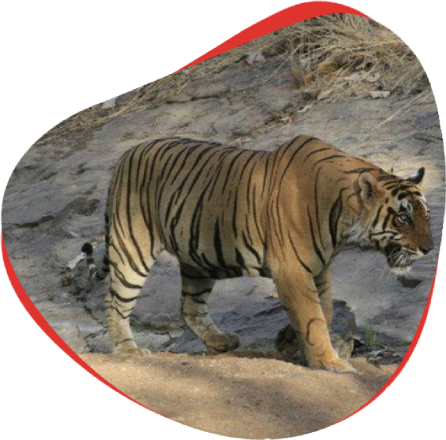 Dollar: He was given that name owing to the $ (Dollar) shape on his right flank stripe pattern. It was one of the things about him that captivated the tiger lovers. The story of Dollar is interesting, not least because he was a peculiar character in Ranthambore National Park.

T-25, was also known as Zalim, or, the cruel one, since he was known to be unusually aggressive, both in terms of expanding his territory & his personal nature. He was often found to display his aggressive behaviour towards the tourist vehicles, growling and sending shivers down the tourists’ spines. However, he was loved by everybody enormously.

T-25: Direct descendant of Machali, the Queen of Ranthambore

Born in 2007 or 2008, Dollar was one of the three male cubs born to the Lahpur-Nagdi tigress T-22 & father Jhumroo (T-20), and is the direct descendent of Ranthambore’s matriarch – Machali.

Zalim, or T-25, surprised everybody when he reared two female cubs who were orphaned in February in 2011, when their mother, T-5, succumbed to an intestinal illness. This kind act on his part took everybody by surprise since he wasn’t known to engage in acts of kindness.

The two female cubs, Bina-1 & Bina-2, had lost their mother, T-5, in 2011, to an infection when they were just five years old. Zalim would stay close to them all the time, share his meals with them & even teach them hunting & survival skills. Between 2011 to 2013, Zalim and the cubs had grown really close to each other.

He would stay close to them all the time, and even share his meals with them, which is something that is rarely seen. In 2013, Bina-1 and Bina-2 were ultimately shifted to Sariska Tiger Reserve. Between 2011 and 2013, the cubs and Zalim had really grown close to each other.

Zalim died in January 2020, presumably after being involved in a territorial fight with T-66, a 10 year old male tiger, who along with the Tigress T-54, resided in the same area. Post mortem revealed the crushed bones of his head along with the presence of canine marks. 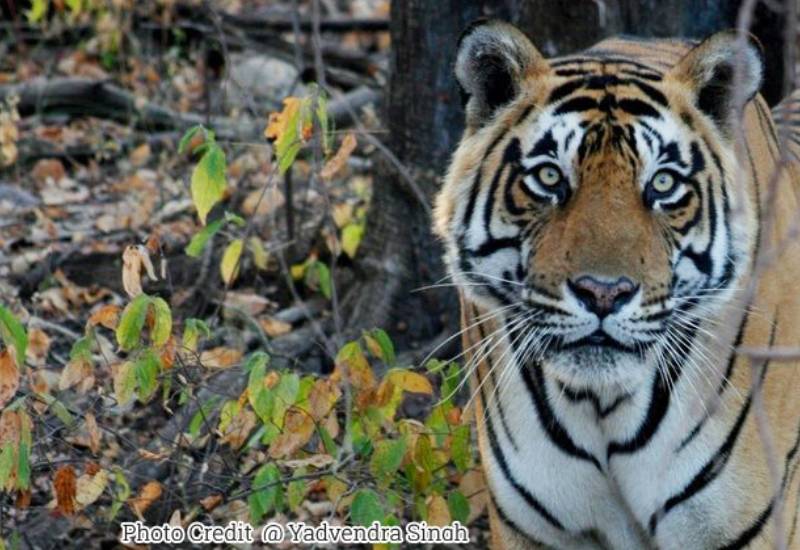 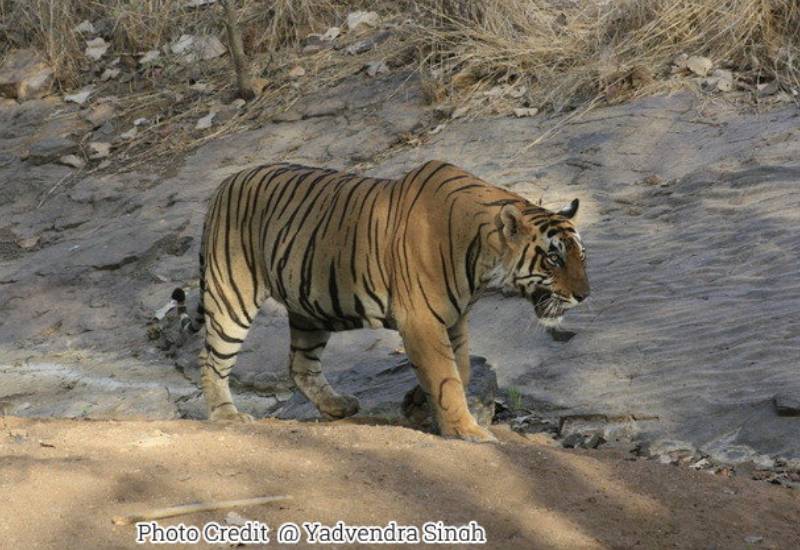 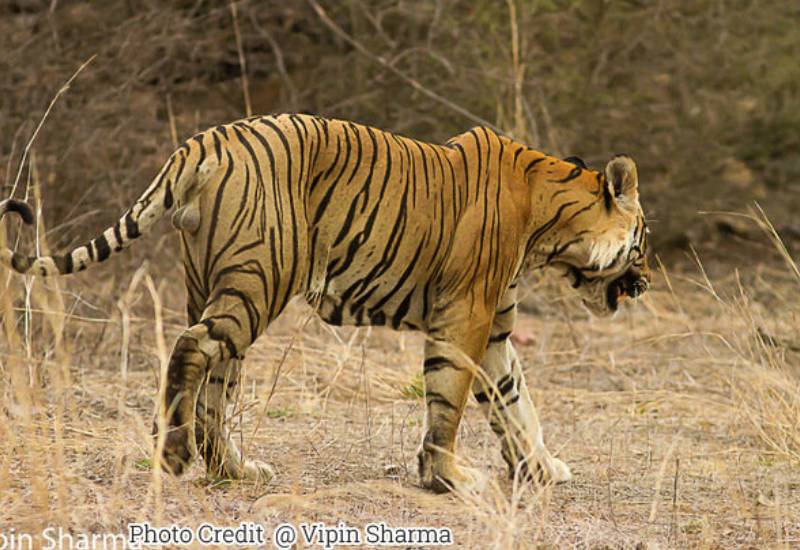 Q. How old was Zalim when he died?

Zalim was 15 years old at the time of his death.

T-25 was called Dollar because of the dollar shaped mark on the right side of his body. Zalim was a name given to him because of his aggressive behaviour, continued territorial expansion & hostility towards tourist vehicles by chasing them.