Ranthambore National Park is one of the biggest and most renowned national park in Northern India. 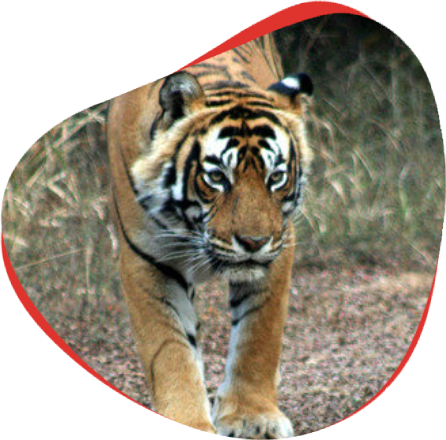 Ranthambore, the tigers’ paradise, attracts tiger lovers to catch the glory of the most popular, the masculine Jhumroo. T-20 (Jhumroo) was the oldest male in the park, descended from the dynasty of the great Machali, being her son.

If Machali is the “Lady of the Lakes” then probably Jhumroo is called the “Lord of the Lakes”, since after Machali, it was Jhumroo who reigned her territorial areas including the lake and other water body areas.

From a strapping young cub to gigantic male, the journey of Jhumroo in the Ranthambore vicinity is simply incredible. The 9 feet long male tiger ruled the jungle by dominating the area around Padam Talao and Malik Talao, while the entire summer was spent in the cool confines of Rani Bagh.

Jhumroo left behind at least 18 offspring with four known tigresses. This majestic predator was first observed by the tourists during July 2002, described by the officials as an extremely shy creature since he could rarely be spotted.

Once, he had attacked and injured two villagers outside the park vicinity, as they perhaps went too close to him when he was enjoying his meal. It was simply Jhumroo’s wage of expressing his anger.

Unfortunately, Jhumroo passed away in 2012, with his carcass recovered in the Gilai Saga-Khadar Area of Ranthambore National Park in Sawai Madhopur district. 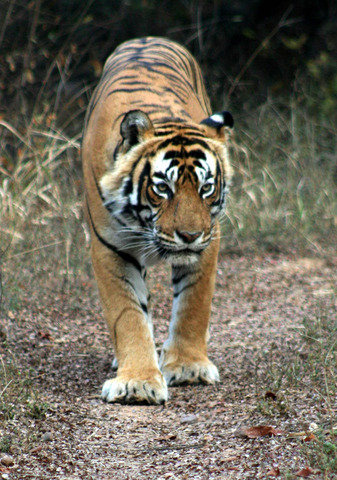 Q. Where was T-20 aka Jhumroo first seen?

Jhumroo was first seen in 2002 in the Padam Lake area of Ranthambore.

Q. Is Jhumroo alive or dead?

Jhumroo is dead. Wildlife officials at Ranthambore came across his carcass in the Gilai Saga-Khadar area of Ranthambore National Park.

Jhumroo had a big face, which was his identification sign.