Ustad, the fearless tiger who won hearts with his flamboyance & fearlessness. 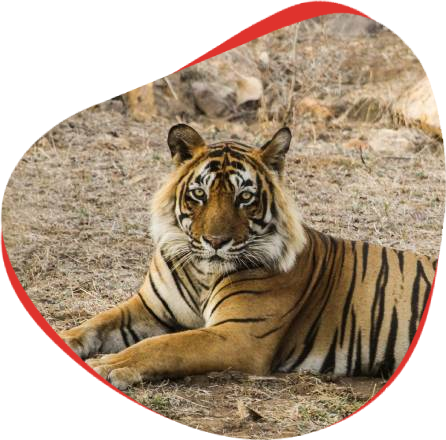 Born in 2005 to the tiger named T20 (Jhumroo), and tigress T22 (Gayatri), T-24 (Ustad) is a mighty and attractive male tiger who ruled the Ranthambore Tiger Reserve for 9 years. He lived a happy life with his partner T-39 (Noor), and thundered about in his zone without any major competition from other male tigers, except few minor tiffs with his sibling T25 (Zaalim).

Once a rising star of the Ranthambore Reserve, T24 was named as ‘Ustad’ by the locals owing to his free spirit. He was always a bit different from other tigers and would drag his prey to highway to eat it in full public view.

He would also not move away from the path seeing humans approaching as other normal tigers do. Despite all his unconventional behaviour, he was the major draw at Ranthambore National Park and was loved by wildlife lovers & photographers.

What brought Ustad into the limelight?

Majestic and intrepid, Ustad came into the limelight when he killed a veteran forest guard, Rampal Saini, on the doomed day of May 8, 2015. A very brave forest guard, Rampal lived fearlessly amidst tigers, but, seeing the menacing ways and changing behaviour of T24 over the past few years, even he felt nervous and scared sometimes, claimed his family.

On May 8, sighting Ustad at a waterbody near the 4 km Ranthambore Fort road that is frequented by many devotees visiting the Ganesha Temple inside the reserve premises, when Rampal went to look for him, he was mauled to death by the ferocious tiger.

This was not the first reported attack of Ustad; he had earlier also been charged of killing two villagers in July 2010 and March 2012 respectively, and another forest guard in October 2012.

Tigers are usually shy of humans and avoid confrontation with them unless harmed but, the case of T24 was a bit different. As per the villagers residing in the vicinity of the Tiger Reserve, Ustad had grown violent and aggressive over the past few years.

What made Ustad a Man-Eater?

According to the well-known conservationists, Dharmendra Khandal and Raza Tehsin, the ever changing behaviour of Ustad has a lot to do with him being tranquilized and confined to a cage for many continuous days, quite frequently all these years.

Be it for his treatment of his injured paw, curing constipation or placing a radio collar on him, frequent episodes of tranquilizations and injections took a toll on his natural behaviour. The transfer of eight tigers from his clan to other wildlife reserves, disturbing his family structure in the early years of his life, also contributed to his wild behaviour towards humans.

What provoked relocation of Ustad from Ranthambore?

After the incident of March 2012, an advisory was issued to NTCA (National Tiger Conservation Authority), suggesting an immediate relocation of Ustad to a secluded location before he could make another human his prey.

But, suddenly branding a tiger as a man-eater was against the regulations of NTCA and forest authorities. Therefore, Ustad was allowed to move about unrestricted in the forest reserve.

May 2015 was the highpoint for villagers suffering from the rising terror of Ustad; witnessing another loss of human life by this aggressive beast, an outrage amongst villagers and forest guards was quite obvious this time.

Facing the protests from villagers and other forest guards patrolling the territory of T24, Ustad was moved to Sajjangarh Biological Park in Udaipur on May 16, 2015. Located at a distance of 400 km from the Ranthambore Tiger Reserve and away from human settlements, at the biological park, Ustad was confined to a natural enclosure spread over an area of less than a hectare in contrast to the 5000 hectare of Ranthambore where he spent his life as the ‘King of Jungle’.

The movement of Ustad to a different zone raised a lot of discontent and outrage amongst wildlife experts and photographers. One of the most beautiful male tigers of the Ranthambore Reserve, T24 was an eye-candy and a delight for wildlife enthusiasts who visited Ranthambore just to have a glimpse of him.

With his unmatched appeal and swagger, Ustad had undoubtedly raised a huge fan following for himself. The tag of ‘MANEATER’ for Ustad to his fans seemed to be indigestible. According to Ustad’s supporters, the killings attributed to Ustad, were mere accidents.

They also supported their statements with the fact that the tiger himself never ventured out of his territory seeking people to kill, neither had he ever attempted to kill any of the thousands of people frequenting the road to the temple and fort that falls in his zone.

Even the former Environment Minister of Rajasthan, Bina Kak, stood firmly supporting the tiger with pictures of him walking calmly past a group of village women carrying water.

Promoting the return of Ustad to his original grounds, there were many protests and huge demonstrations, especially on social media channels.

Candle marches and rallies in support of T24, also spread his story in international media. International broadcast networks like BBC and Al Jazeera covered his entire story which brought  global fame to Ustad.

Supporting the protests, a Pune resident and a tiger lover, Chandra Bhal Singh, even filed a petition against the state forest department and Ranthambore forest officials in Supreme Court for relocating Ustad discretely and abruptly to Udaipur Biological Park without even waiting for an approval from NTCA.

Later, an RTI plea was also filed to the Ministry of Environment and Forests seeking answers from the state government for hastily translocating Ustad without formally informing the concerned authorities. While the case still ponders upon, a committee has been filed to look into rehabilitation of T24.

What tiger experts and wildlife conservationists say in support of Ustad’s relocation?

Contradicting the facts of Ustad’s supporters, neighbouring villagers claimed to have been chased by Ustad many times while returning from work in the evenings. The observation of Ustad licking the blood of Rampal Saini by Dharmendar Khandal, the expert wildlife biologist studying tigers and ecology of Ranthambore Reserve for past many years, had its own credibility.

Even the renowned tiger expert, Valmik Thapar, could not hold back claiming that he had always seen danger in the eyes of Ustad.

What’s the latest on Ustad?

The Jaipur High Court, on 28th May, 2015, came to the final decision that the removal of Tiger T-24 to Sajjangarh Zoo in Udaipur was legal, and it was up to the Ranthambore Tiger Reserve Officials to take the final decision. Activists, however, continue to fight the case legally. However, they have not met with much success till now.

Besides being the only tiger to have been featured on India Today, he caught the attention of Delhi High Court, Jaipur High Court & Supreme Court of India. He continues to stay in Sajjangarh Zoo in Udaipur for now.

While the state forest department and NTCA are still fighting over legal procedures and regulations that should have been followed in translocating T24 to a new zone, we are posed with many unanswered questions.

Was the state government right on its part in taking the decision to relocate a tiger that had become a threat to human life? Was the decision of the forest department influenced by the pressure of hoteliers for whom Ustad posed to be a threat to their business? Had Ustad really turned into a man eater? There are many more questions that remain unanswered. But, for us as humans, it’s high time now to realize the importance of maintaining a perfect balance in the ecosystem. Whether Ustad was a man-eater or not, if we do not mend our ways of poaching and interrupting the territories of these wild creatures, it may not be long before another news of one more tiger killing a man hits the headlines.

The Indian wildlife reserve authorities should come forward with stringent plans of minimising human interference in the core forest areas. Providing shuttle bus services in areas like fort road of Ranthambore that is frequented by many humans, should be a responsibility of forest authorities.

Physical support with proper defence equipment against attack of tigers to forest guards patrolling the areas on foot, should also be well taken care of. Wildlife regulatory authorities like NTCA should also work towards bringing in effective wildlife tourism policies for all wildlife reserves so that illegal activities can be effectively controlled.

Today, the tigers have lost over 93% of their territory to human developments and concrete jungles. Conserving tigers today, is far more important than promoting wildlife tourism. It is only with the joint effort of people and wildlife authorities can we bring about an ecological balance and see the population of tigers grow in India. 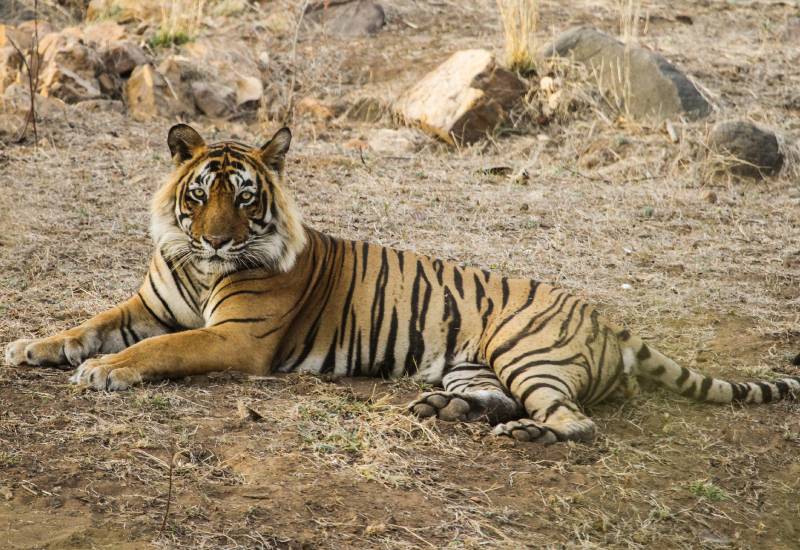 Q. When was Ustad first seen?

Q. Is Ustad dead or alive?

Ustad is alive and was shifted to Sajjangarh Zoo.

Q. Where was Ustad most often sighted/spotted?

Ustad was most often sighted/spotted in Zone 1, Zone 2 & Zone 6 of Ranthambore National Park.

Q. Where is Ustad now?

Ustad was moved to Sajjangarh Biological Park in Udaipur on May 16, 2015 and resides there.

People Were Horrified by the Roar of Tigress Sulta